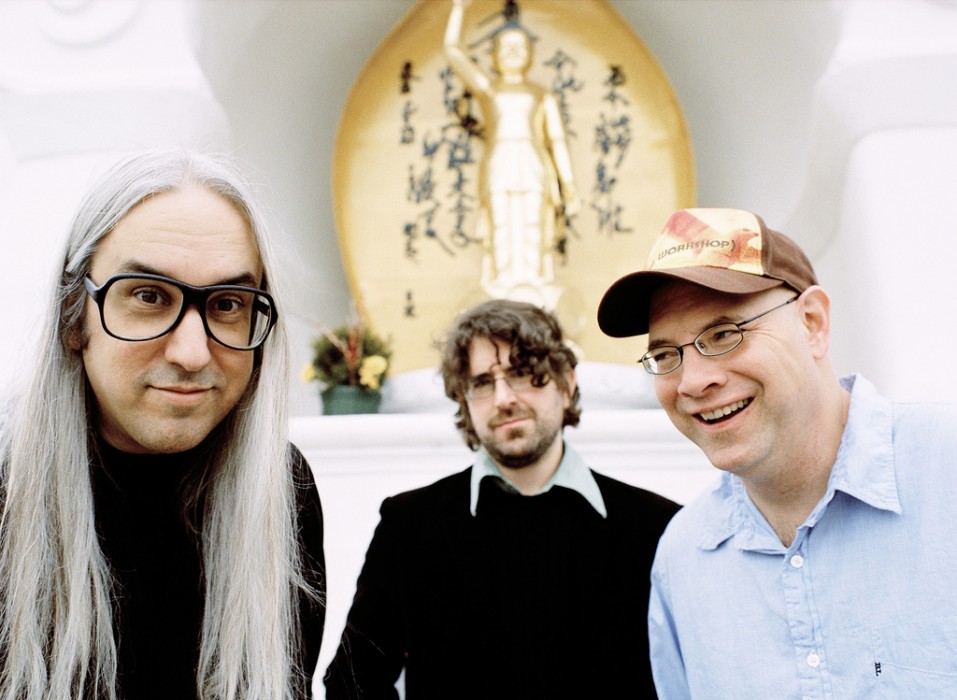 Although always as loud as god, it was easy to convince yourself the music of Dinosuar Jr was far more passive than aggressive. This myth exploded in a hail of flaming toads in the spring of 1989, when the band’s original trio line-up burst like a ripe sac of pus. In the intervening years there have been various versions of Dinosaur Jr, several of which made use of ur-drummer, Murph; but none of them included prodigal bassist, Lou Barlow. Until now. Until Beyond.

There was a sense that some all-new form of togetherness might happen when J and Lou’s old band, Deep Wound, played a short reunion “set” at a benefit Sonic Youth headlined in Northampton, Massachusetts. For all the acrimony that was predicted to hang over the proceedings, Deep Wound’s set was pretty mellow – for a hardcore band, anyway – and, since reissues of their first three albums were in the works, the possibility of a Dino reunion was something that seemed surprsingly imaginable all of a sudden.

Every Dinosaur Jr album has its share of great songs, but there was something almost holy about that first trinity and the band that created them. It’s true this piece began by calling them passive, but most fans knew it was only their surface that was placid. At its best, the trio’s music (its guts) was like a version of the Stooges that didn’t have Iggy – just one of the Ashetons mumbling vocals while they all slugged the crap out of their instruments. Dino Jr’s sound was actually a roiling sea of emotion and rage and a sense of aggro that had been forged into a bizarre metal-punk-pop-whatsis by obsessive listening to Sabbath, the Birthday Party, The Cure, Blitz and Neil Young. Do you remember that Little Rascals film where Alfala eats a hot dog and a hamburger immediately before he gets into a boxing match? An animated hot dog and hamburger get into a boxing match in his stomach. Well, Dinosaur Jr’s influences were like that – except it was more like a Texas Cage Match where Neil and Nick yanked on each other’s hair while Nidge and Robert and Ozzy threw buckets of boiling urine into everybody’s eyes. How could any band be expected to contain such carnage without cracking?

The reunion was undertaken in ’05. At first it was tentative – a TV show here, a club appearance and some Japanese dates there. Just to support the reissues, you understand. But it actually went okay! I mean, it felt cool and it sounded great. In the 15 years since the original trio had toured a lot had changed. The mix of influences and the sheer volume of the music were no longer a semiotic problem for fans. Heck, some of Dino’s songs were now viewed as Classic Rock – and even the squares were finally ready for it.

Touring continued into ’06 and the band’s strengths were constantly increasing. When their equipment van was swiped a couple days before the Osheaga Festival in Montreal, it didn’t faze them. “No big deal,” J says. “That show was amazing,” Kim Gordon says. “It was almost like they’d been reborn as a hardcore band.”

The last time I saw them was at ATP’s Nightmare Before Christmas festival in England. Their first gig was so packed that another was added at the last minute. The band exploded, but in a far different way than they had in ’89. Dinosaur Jr created a tornado of huzz and howl that lifted the massed attendees into the air then dashed their brains out with power and volume and sheer mass. Total genius.

But I’ve gotta admit, I was a little trepidatious when I heard they’d recorded a new album at J’s Bisquiteen Studio in Amherst. It’s one thing to go on the road, playing hand-picked selections from your back pages, quite another to create a new set, especially when you’ve cranked expectations so high by parading all the hits around for the previous year. But my fears were worth dick.

Beyond is a monster of form. From the staggeringly paced guitar spew that opens “Almost Ready” to classic soft/throb dynamism of “What If I Knew,” Beyond is an exquisite slab of pure Dinosaur Jr. It’s hard to understand the alchemical relationships that exist within certain bands. Some groups can change line-ups without anyone noticing. But that was never really the case with Dinosaur Jr. The pieces that fell away over the years were missed. But now they have all been collected together in one place. For how long no one can say. So just dig it while it is.

Because Beyond is beautiful. 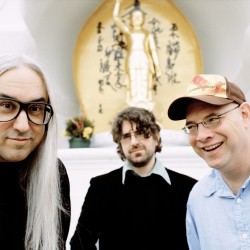 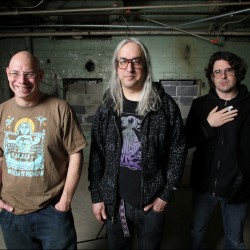 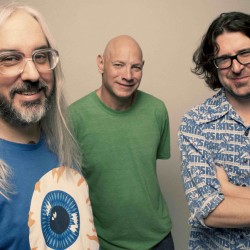 Been There All The Time