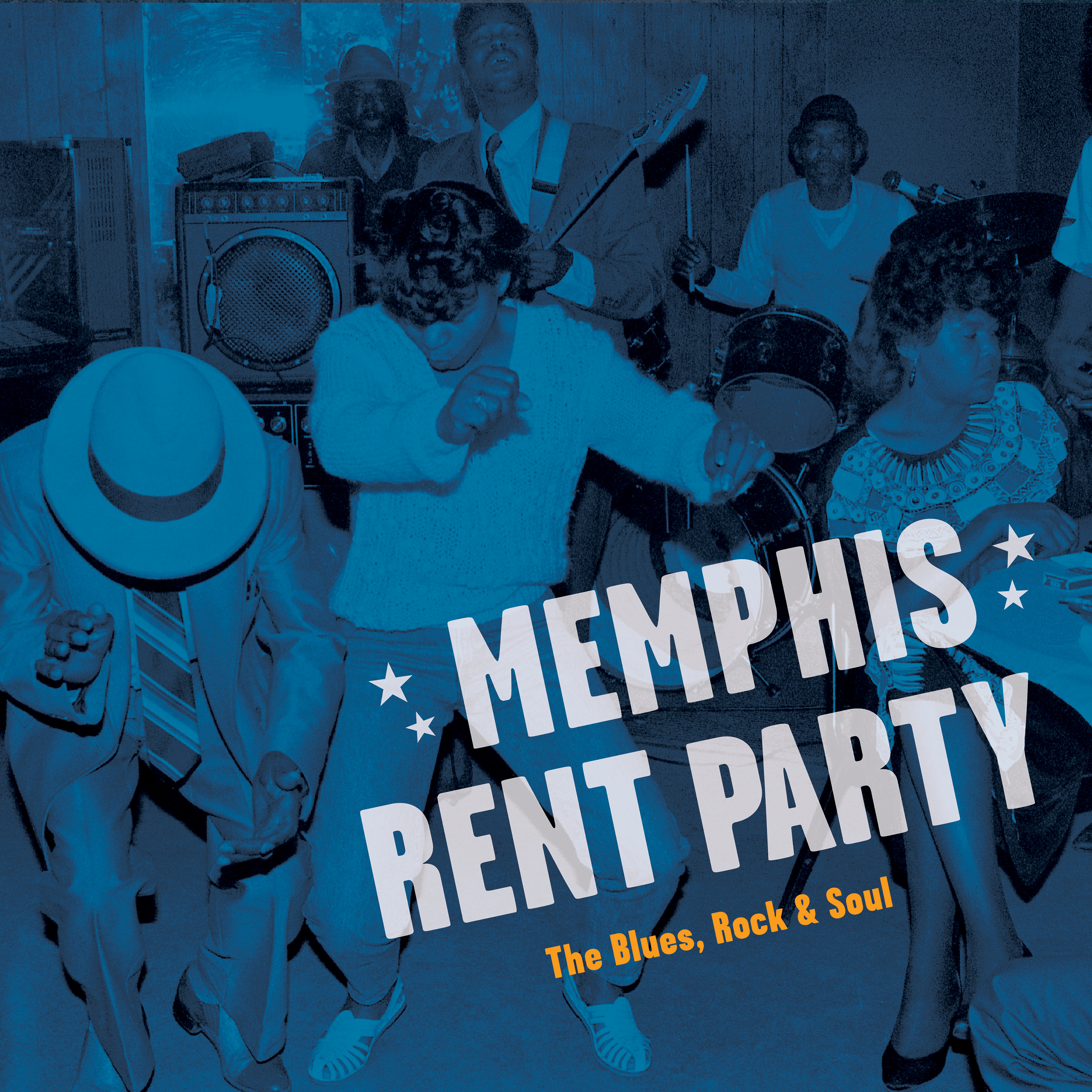 Pre-Order from the Fat Possum Store

Memphis is about individualism, about distinct characters making “it” different. The best music out of Memphis — be it deep blues, early rocking Elvis, Stax soul, indie 1990s Grifters, or today’s Julien Baker or North Mississippi All Stars — forged its own sound. The Memphis aesthetic is to not sound like hits, but to sound different. Sometimes “different” hits.

This collection of very varied recordings from the greater Memphis area is the soundtrack to author Robert Gordon’s sixth book, Memphis Rent Party. Like the book, like the city, this album is all over the place and everywhere it goes, it goes there with a bang.

Fully half of the album is unreleased material, including songs new to some of the artists’ catalogs. Big Star’s Alex Chilton, in his punk rock glory, performs “Johnny Too Bad,” a deep track fromJimmy Cliff’s The Harder They Come. The band didn’t know the song, but they follow along with shambolic 1979 zeal.

Premiering here is a collaboration between Luther Dickinson of the North Mississippi All Stars and Sharde Thomas, granddaughter of fife shaman Otha Turner. The two grew up together in the dust of Mississippi Hill Country, and with this goat picnic celebration they use the newest technology to create old sounds. The bass drum reverberates like giant water drops, the fife caroms like a rabbit making babies, and the slide guitar is the causing of it all.

Also premiering here: Jim Dickinson, arch-bohemian bluesman and alternative everything godhead, tackles the unheralded (and shorn) “I’d Love To Be a Hippie (But My Hair Won’t Grow That Long).” Recorded after a mescaline-fueled traditional hippie blue moon ceremony, this track screams with mid-1970s abandon.

Two of the tracks come from cassette recordings that Robert Gordon made on location — documents of fleeting Memphis blues moments. Junior Kimbrough’s “All Night Long” was recorded in Kimbrough’s living room in the middle of a Mississippi cotton field on a Sunday 1986 afternoon, neighbors packed in, everyone high on homemade white whisky, the cabin floor churning. Good times, good times. Elsewise, the dance floor grinds slower when Memphis’s Fieldstones break into  “Little Bluebird.” Live from their longtime gig at Green’s Lounge, across from a South Memphis junkyard, the Fieldstones ruled the dance floor at any tempo.

Hearing Calvin Newborn do “Frame for the Blues” live in Memphis is, like the Newborn family chapter in Gordon’s book, a map of previously uncharted territory. Calvin is the jazz great who, with his brother Phineas, the late jazz piano prodigy, brought true grit to B.B. King’s Sam Phillips sessions. The Newborns made a career of beautifully mixing jazz and blues, recording and performing with Hank Crawford, Count Basie, Mingus and many others. These brothers were the nexus of America’s indigenous music, jazzing the blues and making blues of jazz. Fonkified.

This Memphis Rent Party compilation also features:
• Outlaws on the lam: Jerry McGill’s take on Guy Clark’s “Desperadoes Waiting for a Train” was recorded while the felon was on the run from the FBI and had no I.D. he could show the law. He’s backed by Mud Boy and the Neutrons in one of their greatest performances.
• A 1960s living room recording of pre-War bluesman Furry Lewis — energetic in his 50s, but letting the music hang between the notes.
• Jerry Lee Lewis freeing his soul on the old weeper “Harbor Light,” for which you’ll weep no more after hearing this rocking version.
• Tav Falco’s Unapproachable Panther Burns finding their way around a tango at their second-ever gig, 1979.
• Barrelhouse piano player Mose Vinson turning the piano into toothpicks.

A rent party is when friends come together to hear music, dance, and help a pal through hard times; it’s a celebration in the face of looming tragedy, an optimism when the wolf is at the door. Gordon finds mystery in the mundane, inspiration in the bleakness, and revels in the individualism that connects these diverse encounters.

About the producer:
Robert Gordon is a Grammy winner and an Emmy winner. He’s a writer and a filmmaker. He’s a native Memphian who has been exporting the city’s authentic weirdness since long before his first book, It Came From Memphis (1995). He’s been nominated for six Grammys; his win was for the liner notes to the Big Star box set Keep an Eye on the Sky. His Emmy was for Best of Enemies, the 2015 documentary about Gore Vidal, William Buckley, and the demise of civil discourse in America. He’s not the rockabilly singer, he’s not author of Deep Blues, and he’s not the university in Scotland. He lives in Memphis.

About the book:
Memphis Rent Party will be published by Bloomsbury on March 6, 2018. The artists on the soundtrack are among those featured in the book.

SIDE A
1. Jerry McGill – Desperados Waiting for a Train
2. Luther Dickinson and Sharde Thomas – Chevrolet
3. Junior Kimbrough – All Night Long
4. Furry Lewis – Why Don’t You Come Home Blues
5. Calvin Newborn – Frame for the Blues
SIDE B
1. Alex Chilton with the Randy Band – Johnny Too Bad
2. Jerry Lee Lewis – Harbor Lights
3. The Fieldstones – Little Bluebird
4. The Panther Burns – Drop Your Mask
5. Mose Vinson – Same Thing on My Mind
6. Charlie Feathers – Defrost Your Heart
7. Jim Dickinson – I’d Love to be a Hippie