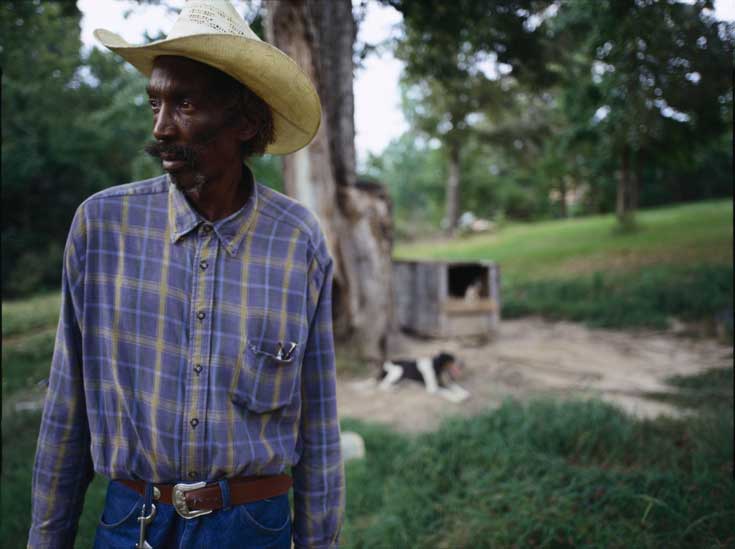 Just ten or twelve years ago, you could go into a town of 800 and find at least three old guys who could play some guitar. Now it’s hard to find anyone who plays at all, much less anyone really good. And the good players still living lose half their ability as a result of strokes and other illnesses or having been scared into joining the church. Everything in this business is in short supply: our budget, the number of good artists, the time they have left.

But seeing Charles Caldwell play changed everything for me. He still enjoyed playing; he was charismatic; he had a presence. In my view, Charles would be the next bomb, a last, undiscovered bastion of a dying breed. Did he want to make a record? Hell yes.

I remember the last time I saw him. Charles didn’t know how to just sit around and be sick, he was a horrible patient. During chemotherapy he had built a shed for his four-wheeler and had painted the sheet metal on his tractor. He had something he wanted to show me. I followed him around to the backyard, where next to a chicken coop, and out of reach of the surviving coon dogs, stood a small cage holding a red fox. It had been destroying his garden, so he’d trapped it. I bent down to look, and it was barking and hissing. “You need it?” he asked.

In my truck I had a pair of welding gloves that were thick enough to handle the animal, but that didn’t seem reason enough. 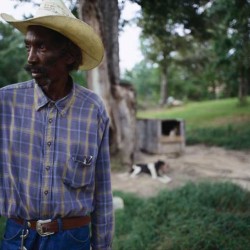