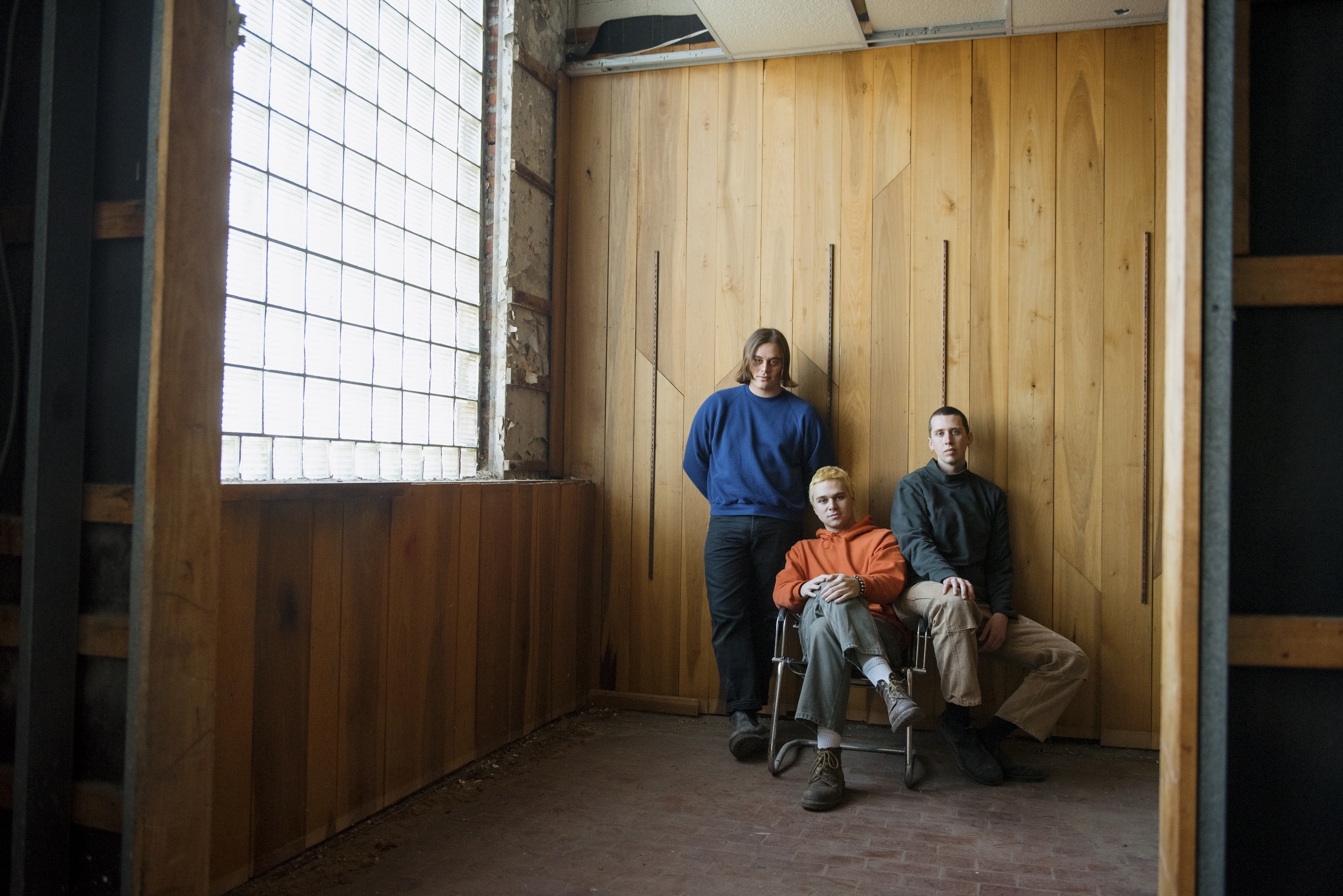 Indiana’s Hoops released their critically-acclaimed debut album Routines in 2017, and, soon after, announced an indefinite hiatus. The trio – friends, singers, and multi-instrumentalists Drew Auscherman, Kevin Krauter and Keagan Beresford – had been making music together for almost half of their lives, but the band had begun to feel more like a burden than an outlet, so they decided to call it quits. “I think we had lost a lot of steam,” explains Krauter. “Hoops wasn’t moving forward organically. It was being dragged along.” Following a short but necessary break, during which the band had the opportunity to explore their own creative endeavors, Hoops have reunited and announce their incredible sophomore album. Recorded at Bloomington’s Russian Studio and produced by the band’s friend Ben Lumsdaine, Halo is an album defined by musical exuberance, full of gratitude and generosity, and, simply, sounds like a lively conversation amongst close friends. Halo will be out on October 2nd via Fat Possum.

Halo’s lead single and first song the band ever wrote together is “Fall Back”. Auscherman had started “Fall Back” about a long-distance relationship, but he fleshed it out with Krauter and Beresford, who added jangly guitars, a buoyant rhythm section, and a swooning chorus: “Fall back in my arms again, just the way it should have always been.” Like many songs on Halo, it wasn’t written specifically about his bandmates but nevertheless addresses similar emotions about their musical partnership.

Hoops had to self-destruct in order to survive. Following the release of the band’s debut album Routines, the band had reached a point where years of hard work and creativity were just starting to pay off. They were hailed as one of the most inventive young bands around, with comparisons to Guided by Voices, My Bloody Valentine, and the Radio Dept., and that’s exactly when they broke up the band.

In 2011, Drew Auscherman recruited his pal Kevin Krauter to help him flesh out a solo project he had started in his bedroom. Three years later they added another friend, Keagan Beresford, on keyboards. Together they home-recorded some ingeniously catchy songs that spliced a variety of pop strains—jangly guitars, shoegaze drones, kosmische drums, even some ‘90s dance-pop beats—and self-released a series of cassette tapes whose popularity caught them off guard. So they toured the country, amassed a grassroots audience, and signed with Fat Possum Records. Their 2017 full-length debut, Routines, put them right at the brink of breaking out.

But in reality things were headed toward a breakdown. Hoops felt burned out and overwhelmed both creatively and professionally. In July 2018 they announced they were taking an indefinite hiatus. They left it open-ended, but it felt permanent. And it felt like a relief. “I had to rediscover why I wanted to be in a band and make songs and perform,” says Keagan Beresford. “I had been having a lot of anxiety when I was onstage. I wasn’t even thinking about playing. I was just thinking about getting through the set without falling on my face. It’s crazy to think about all the shows we did where I wasn’t really present.”

With Hoops on the shelf, the three friends went back home and got on with their lives. Krauter and Auscherman formed a short-lived hardcore punk outfit called Matrix in order to explore some very different sounds and play some very different stages. “It felt good to go back and do a self-booked tour, play some DIY shows, and do some home recording,” says Auscherman, who lives in Chicago. “It definitely got me excited about music again in a way I hadn’t felt in a while.” Krauter moved back to his hometown of Carmel, Indiana, and released two solo albums. Beresford, based out of Indianapolis, returned to college to complete his degree and released a solo EP in February 2019.

Freed from the weight of Hoops, they kept writing what they thought sounded like Hoops songs, demos of which they sent back and forth to each other. There was no pressure to make anything of them, though, and that revived some of the excitement they felt when they made their first cassettes. In December 2019, Beresford called up his old friends to see how they felt about reviving the band: “I missed working with those guys. I’d been writing these songs and I thought we could do well together. They’re my best friends and my favorite collaborators, so I was happy they were so receptive to it.”

Just a few months later, they met up in Bloomington, Indiana, to record Halo. For a week, they worked all day experimenting with each other’s songs. Where they had once guarded their own songs in the studio, at Russian they discovered they were opening themselves up to more possibilities. “We were trying out crazy ideas, doing things on the fly, and not getting super caught up in things not sounding how we thought they would,” says Auscherman. “I think a good way to describe our band is that we all produce each other.” It felt like summer camp, not just because they were sleeping in bunkbeds but because it had been ages since they had all spent that much time together in the same space.

Reaching this point nearly destroyed the band, but Auscherman, Beresford, and Krauter emerged stronger and closer for their time apart. “This record is a more honest representation of our influences and interests as musicians,” says Auscherman. “We’ve grown a lot in four years, as people and as listeners. We’re starting to sound more like ourselves.” 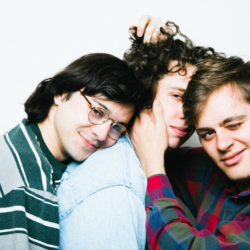 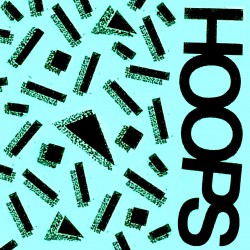 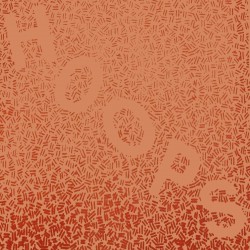 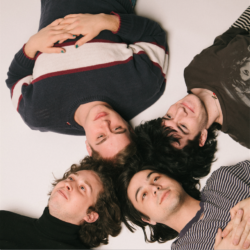 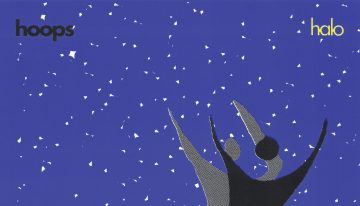 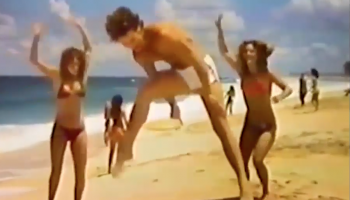 Dive Into Hoops’ Summery New Video for Sun’s Out 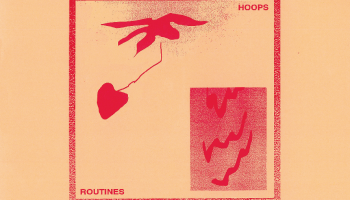 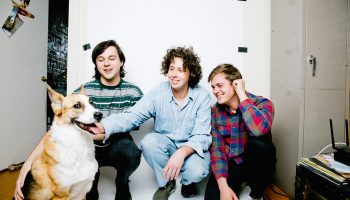