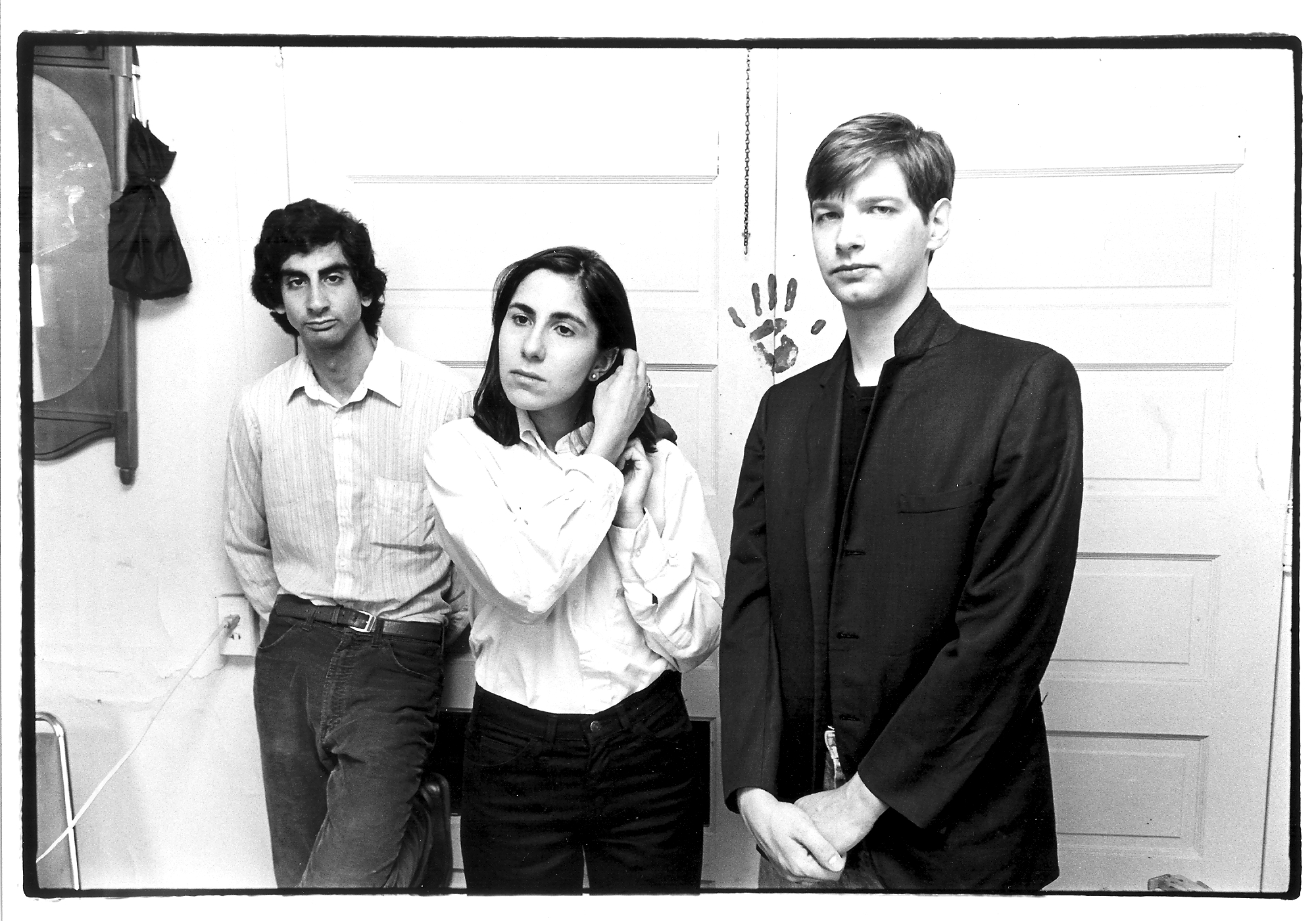 The Human Switchboard formed in 1977 when Bob Pfeifer met Myrna Marcarian at Syracuse University. They spent that summer back in Cleveland, where Pfeifer grew up. They, along with drummer Ron Metz, recorded an EP of four songs, enlisting David Thomas of Pere Ubu to mix the tapes. The EP was self- released during that fall.

The band next recorded their ‘I Gotta Know / NO’ single for Akron’s Clone Records during a spring break in 1978. By this time, Pfeifer and Metz had moved to Columbus to Attend Ohio State University. Marcarian soon followed after her year at Syracuse and the band had formed as a three piece. After the school year ended, the band started playing shows, with its first in the basement of local Columbus High Street record store, Magnolia Thunderpussy.

Soon after the summer of 1978, the band moved back to Cleveland briefly and then opened a used record store in Kent, Ohio. This store was to provided support for the band, which it did for the following three years.

In the next few months, the band started playing shows in the area and gained followings in the Kent, Akron, Dayton, Columbus, Detroit and Pittsburgh regions. In 1979, the band recorded its next single at one of the better Cleveland studios named SUMA. With the help of Kent’s famed The Numbers Band (15-60-75), they recorded their next single ‘Prime of My Life / In My Room’, later to be released on the band’s own Square label.

After the release of the single, the band met bass player Dave Schramm who helped round out the sound. Shortly thereafter, they were invited to play at Hurrah, the premier new wave night club in New York City. The club was impressed enough with the sound that they invited them back to play regularly. At the same time, the band also started playing other legendary clubs such as Maxwell’s in Hoboken, NJ, The Rat in Boston and the 9:30 Club in Washington, DC. They continued playing more dates in New York with a new bass player George Scott III, formerly of the Eight Eyed Spy, James White and the Blacks and The Raybeats. The East Coast was becoming very friendly to them, but they still lacked a major record release.

At this time, a fan recorded and released a ‘bootleg’ with the band’s blessing and help. The rough cassette recordings captured a couple of their exciting live shows in the Akron and Kent area. The 1,000 copies pressed had sold quickly and their following was certainly established.

In 1980, Rough Trade record company out of the UK took notice of the band and commissioned them to record a three track 12 inch single. The band went back to SUMA, this time with bass player Doug Morgan, and recorded two songs ‘Who’s Landing in My Hangar?’ and ‘I Can Walk Alone’. These two songs would then be backed with a re-release of ‘In My Room’ from the year before. The songs were recorded, but the label inexplicably re-canted their offer at the last minute.

Later that year, an IRS label subsidiary name Faulty Products signed the Human Switchboard to what was to become their only studio LP. It was aptly named ‘Who’s Landing in My Hangar?’. The two tracks recorded for Rough Trade were included along with eight newer tunes. The bass playing chores on the new songs was shared among two players, Paul Hamann the studio engineer and the newest band member, Steve Calabria.

The band toured briefly around the mid-west and east coast opening for Toots and the Maytals. It was an unusual mix of sounds, but the crowds appreciated the diverse styles of the tour and paid attention to the opening band. The Human Switchboard also had become a resident fixture at New York’s Danceteria night club where they would remain a feature act for the next couple of years.

After the tour, the band settled into a routine of shows in friendly environments. They decided to close the store and move from Kent back to Cleveland, where they obtained an apartment in Coventry (an area made famous by Harvey Pekar). Musically, they began to experiment with more contemporary music structures. They sought out and enlisted Jared Michael Nickerson from Dayton, Ohio to play bass and offer inspiration towards the new sound they were after. Nickerson would become the band’s final and longest tenured bass player.

The beat straightened out. The bass lines became funkier and once again, the band tried to gain interest from the record companies. This is when they met John Stains from Polydor Records. Polydor was on a roll at that time with hits from bands like The Waitresses and was looking to expand upon the ‘new wave’ sound. John helped finance demos that the band recorded over a two week stretch in December of 1983. The Switchboard would setup up on the stage of CBGBs during the afternoons and recorded a series of a dozen songs onto the club’s 16 track machine.

The recordings were fleshing out nicely when suddenly, the rug was pulled out from them as John was let go from the record company. Those were the last studio recordings the band ever made. One track from these recordings ‘When Your Train Starts Slowing Down’ was completed and released on a 1988 compilation named ‘It’s Hard to be Cool in an UnCool World’ (I Wanna Records).

During the band’s remaining year and a half, they played regular shows at the Peppermint Lounge and CBGBs in New York, Maxwells in Hoboken and Gilleys in Dayton, OH. The Human Switchboard finally broke up in the spring of 1985.

Bob Pfeifer went on to record a solo record for Passport Records in 1987 named ‘After Words’. Jared Michael Nickerson, Ron Metz and Dave Schramm were the basis of the backing band on these recordings.

Myrna Marcarian recorded a solo EP for Okra Records in 1989 named ‘Human Touch’. Nickerson, Metz and guitarist Jack Johnson also played on the record. Myrna later formed a band named Ruby on the Vine and released a full length CD named ‘The World of Days’ in 2004. Ron Metz joined up with Dave Schramm and helped form The Schramms in 1985. Metz still plays with them today.

Jared Michael Nickerson has been a prominent member of Burnt Sugar, the Arkestra Chamber since it’s inception in 1999.

On May 24, 2019, Fat Possum Records will re-issue ‘Who’s Landing In My Hangar?’
For press inquiries: jo.murray@gmail.com 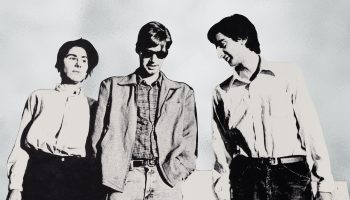 HUMAN SWITCHBOARD TO REISSUE ‘WHO’S LANDING IN MY HANGAR?’ VIA FAT POSSUM ON MAY 24TH