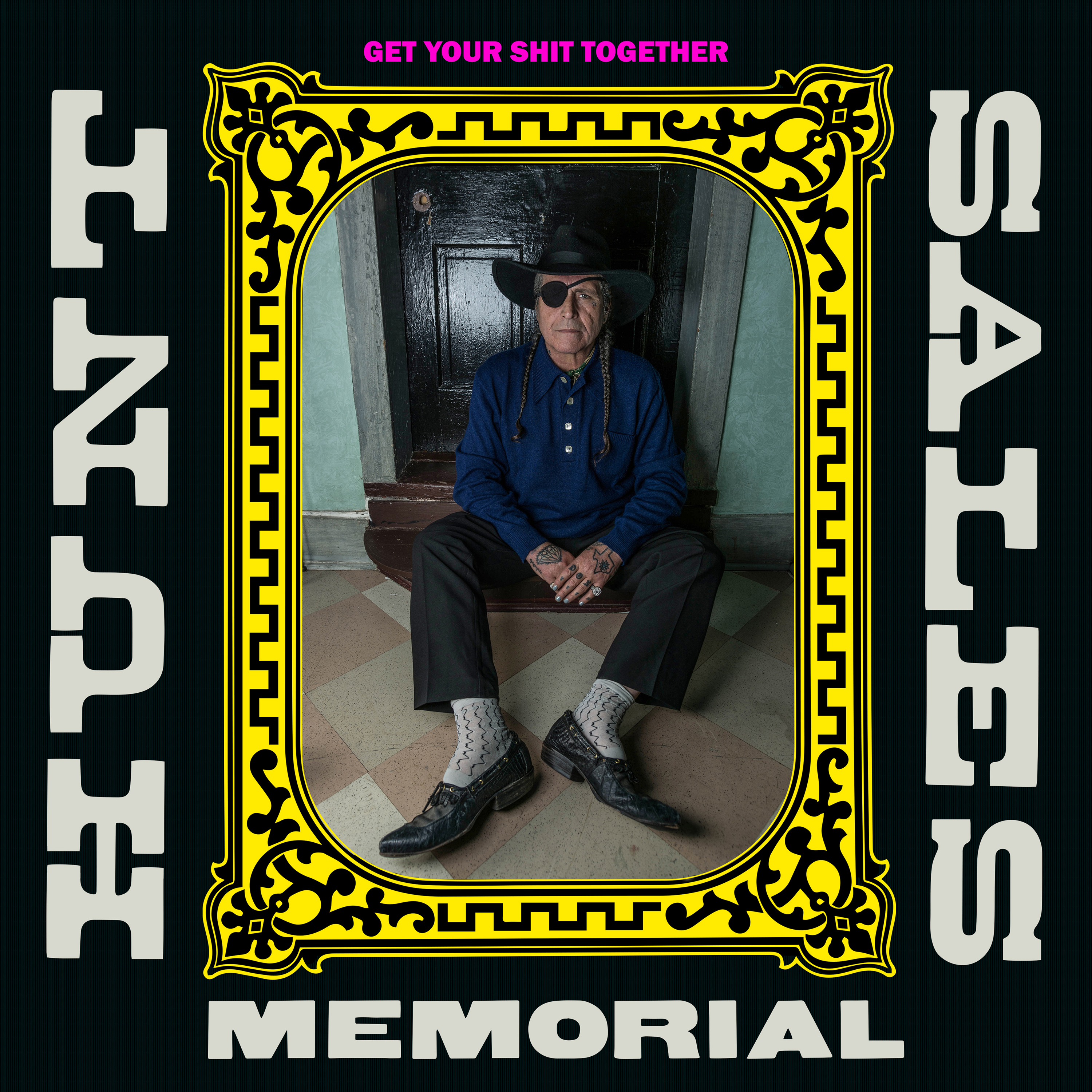 MEMPHIS, Tenn. — A conventional bio of Hunt Sales would start by noting his famous associations, recounting his much-revered work as a sideman for Todd Rundgren, Iggy Pop and David Bowie. It would trumpet the fact that he’s long been considered one of the world’s greatest drummers, a secret weapon deployed in the service of rock royalty. But that’s not how Sales identifies, nor how he sees himself.

“I’m gonna fucking tell you who I am,” says Sales with gruff candor. “What I really am is my kids’ father and my wife’s husband. And I’m a heroin addict. A bad heroin addict for 40 years. I’ve been a crackhead. And I’ve been a criminal. Those are the facts. But I don’t do drugs anymore. I’m sober now. All I do is make music — so let’s not be late for the show.”

In a career that began when he was teen in the mid-’60s, Sales has seen and done it all. Beyond his impressive rock ’n’ roll c.v. he’s played blues for the legendary Lowell Fulson, recorded with funk master Bootsy Collins, jammed out with Tex-Mex all-stars Los Super Seven, devoted himself to mastering organ trio music and Dixieland jazz, and served up songs across the spectrum for film and TV. If there’s a professional or creative path to explore, Sales has traveled it.

Now leading his new project, Hunt Sales Memorial, he’s stepping out into the spotlight at last. “I’m a new artist that’s an old artist,” offers the 64-year-old Austinite. “I’m a guy who’s worked with the biggest stars in the world, but I’m still unknown and underground.”

For Sales, the new chapter of his life came as he finally rid himself of a longtime heroin habit. “The life expectancy for the typical addict is 10 or 15 years. I lived way longer because I was professional junkie,” he says. “But after so many decades I finally had to stop. I outlived my addiction. And the moment I stopped, when I decided to put the dope down and care again, the universe opened up for me.”

The city that would midwife his rebirth was Memphis, where Sales was invited by his Austin compatriot, guitarist Will Sexton. In 2017, Sexton brought Sales to the Bluff City to play a couple concerts together and then introduced him to Big Legal Mess head/Fat Possum label executive Bruce Watson.

“Bruce instantly understood what I was and saw the value in me,” says Sales. Watson offered Sales a chance to record for his label, initially dangling a deal for a single. “But I said, if we’re doing a single, instead of cutting two songs, I’ll do four songs … then it became six. I was inspired by the chance I was being given and wrote all this stuff. Bruce saw my work ethic and said, ‘Let’s make an album then.’”

Buoyed by his fresh start and new deal, Sales sat down and wrote even more material. “I worked 80 hours a week for months — the shit just poured out. I wrote hundreds of songs.” The resulting LP, Get Your Shit Together, produced by Sales and Watson, culls the best of those tracks. It will be released on Big Legal Mess (through Fat Possum Records) on January 25th, 2019.

Though he’s spent his career as a sideman to the stars, Get Your Shit Together finds Sales revealing his profound gifts as a songwriter and vocalist. “Whatever I brought to Iggy, whatever I brought to Bowie, whatever I brought to Todd Rundgren … now I’m bringing that to myself, to my own work,” he says. “Look at other drummers — Art Blakey, Tony Williams, Elvin Jones — they all worked with great people, but then they got to a point in their lives where they did their own thing. Basically, they all had to reinvent themselves and start their own bands. So that’s what I had to do.”

The son of comedian Soupy Sales, Sales started playing drums as a child after he went to a recording session with his dad and glimpsed rock innovator Earl Palmer (Little Richard, Fats Domino) behind the kit. “I heard him play and said, ‘I want to do that!’” Sales would soon find himself sitting at the feet of R&B and jazz giants, learning firsthand from traps masters like Blakely, Jones and Buddy Rich. “Those people helped me out,” he says. “They schooled me as a kid and shared their groove with me.”

Sales quit junior high after tasting success with Tony and the Tigers, a teen beat band with his brother and frequent collaborator Tony Fox Sales. Later, the Sales Bros. joined Todd Rundgren for the Runt album and project and scoring a Top 20 hit with “We Gotta Get You a Women.” The siblings then kicked around various bands in L.A. before famously hooking up with David Bowie and Iggy Pop on the latter’s Lust for Life album. A decade later, the Sales would reunite with Bowie, as Hunt provided songs, vocals and beats for the Thin White Duke’s late-’80s hard rock effort Tin Machine.

In the years after, Sales’ music career met many ups and downs, as he plunged deeper into a life of addition and penury. “I’ve been ripped off for lots of money in the music business. But I’ve still got the gold records and they look good on the wall,” he says. “I can look at myself in their reflection when I come home in the evening covered in paint from my job — cause that’s the only thing I can do other than play music. I’m a guy who got an eighth-grade education then hit the road. I’ve been playing every dive and arena in America since I was a kid. I’ve toured in station wagons and Lear jets. I’ve done it all.”

Sales rightly sees himself as a survivor, an artist ripe for (re)discovery, not unlike the North Mississippi bluesmen that Bruce Watson and Fat Possum/Big Legal Mess began sharing with the world 20 years ago. “I am the white R.L Burnside, I am the version of that now,” says Sales laughing. “I’m not saying this done was by design. I’ve been on my own since I was 15. I came up hard in the business and somehow made my way in this life. But I feel like I’m the closest thing to one of these old blues guys.”

Like those of the old blues masters, Sales songs are soaked in sweat, bathed in blood and steeped in sex. Built around his still thunderous and kinetic rhythm work, the new album is aided by a collective of Austin and Memphis’ finest musicians, including guitar ace Tjarko Jeen and horn players Jim Spake and Art Edmaiston.

With Sales leading the way, Get Your Shit Together moves in manifold directions, from the angular rock reflections of opener “Here I Go Again” and the funk-country of “Angel of Darkness” to the fatback R&B of “Sorry Baby” and howling blues laments “I Can’t Stop” and “It Ain’t Easy.”

Sales makes no apologies for his wandering stylistic spirit. “Musicians can be the dumbest motherfuckers in the world. By that I mean they do one thing and that’s all they do — one kind of song, one kind of sound,” he says. “I sing, write and arrange music of all kinds. I play every different instrument. That’s what keeps it interesting.”

“Bottom line: I’m not one to rest on my laurels or old glories. I don’t care what I did last month, much less 30 years ago. I only care about what I’m doing right now. Yeah, yeah, yeah — ‘Lust for Life is fine, it’s great. But what are we doing today, motherfucker? That’s what I’m interested in. Let’s go, let’s roll this shit out and rumble.”

Sales’ pugilistic outlook — his combination of drive and wisdom — is hard earned. “You know the movie Rocky, with Sylvester Stallone and Burgess Meredith?” he asks. “Well, I’m like both of their characters at the same time. I’m the hungry fighter looking for his shot, and the cranky old motherfucker that’s seen it all. I got these songs and a killer band. I’m ready to get in the ring with this shit.”