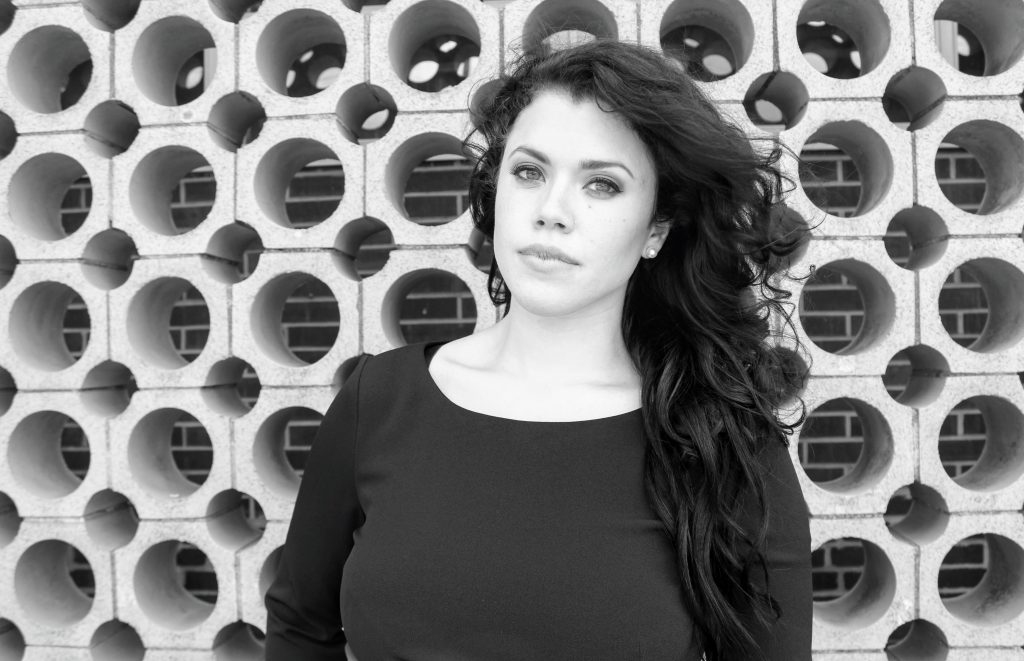 “These songs are dark,” says Liz Brasher of the material on her debut. “But they’re about having strength through the darkness.”

Born in Matthews, North Carolina near Charlotte, Brasher was raised among a family of singers performing in the Baptist Church – albeit one with a twist. “My family is from the Dominican Republic so it was an all-Spanish congregation, much different than you would imagine a white Southern Baptist church to be,” she says.

“I’m first generation, so we only speak Spanish to one another. What that did was force me to be diverse in every realm. That varied background translated into my influences and how I write,” says Brasher, who came up studying the powerful spirituals of Mahalia Jackson and the close harmonies of Lennon and McCartney.

She got her showbiz start appearing with her family on local televangelist programs, then fronted a series of rock bands in high school. But Brasher found her true creative direction when she moved away to college in Chicago and began studying the roots of American music.

Brasher went directly to the source devouring the earliest Delta Blues sides: Geeshie Wiley, Elvie Thomas, Son House, Leadbelly. “And, in a way, that led to Bob Dylan, because Dylan took from all those people,” she says. “I fell in love with Dylan and the way he was able to write pure folk songs – songs for the people.” She soon picked up a guitar and began teaching herself how to play. “What happened was my own songs started flowing out, and they kept coming every single day.”

Her material was imbued with the elemental beauty of the Staple Singers’ earliest work. “Pops Staples played these really singular guitar riffs and wrote songs based on that,” she says. “I wasn’t the best guitar player but I knew what he was doing was simple enough to sing and write around. So I started to imitate that.” Evolving her brand of spiritual soul, she found sustenance and further direction in the discographies of great Southern labels like Stax, Fame and Goldwax.

Moving to Atlanta, Brasher began performing professionally, fronting a trio with Todd Kerstetter on bass and Lee Corum on drums. In early 2017, she booked a session for her first album with Memphis producer Scott Bomar, the analog recording guru and leader of Bluff City retro soul band The Bo-Keys. “I sought out Scott because I wanted to make a record that was truly me, that didn’t mask anything,” says Brasher. “I wanted the songs to be able to breathe and speak for themselves. That’s reminiscent of how records used to be made and Scott was very much on board with that. He said ‘That’s pretty much all I know how to do.’”

In addition to Brasher and her rhythm section, the sessions featured guest appearances by St. Paul and the Broken Bones organist Al Gamble and Bo-Keys horn men Kirk Smothers and Marc Franklin. While the bulk of the recording was tracked at Bomar’s Electrophonic Studio, he and Brasher ventured to other historic Memphis studios, including Ardent to add strings, and Royal, the home of Hi Records, to cut horns.

First single “Cold Baby” plays like a lost Etta James Chess classic. “It’s the same story that probably every human has dealt with in a relationship: not feeling appreciated,” she says. “It’s actually one of the first songs I ever wrote — to hear it fully realized with the beautiful string arrangement is really amazing.”

The b-side is “Painted Image,” a haunting rumination colored by Brasher and Memphis Symphony Orchestra cellist Jonathan Kirkscey. Peering into the embers of a dying romance, she refuses to surrender herself. “It’s about not giving up, not giving into the darkness,” says Brasher, offering a neat summary of her work.

“The music I’ve always loved most has always been about that – defiance in the face of despair. If I’ve managed to capture some of that feeling with these songs, then I feel like I’ve succeeded.” 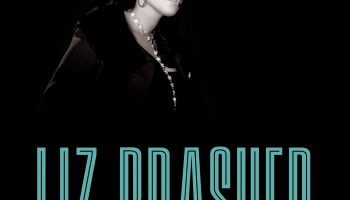 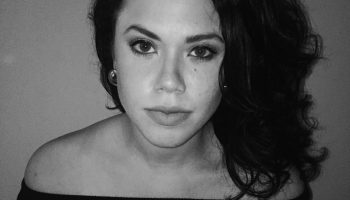