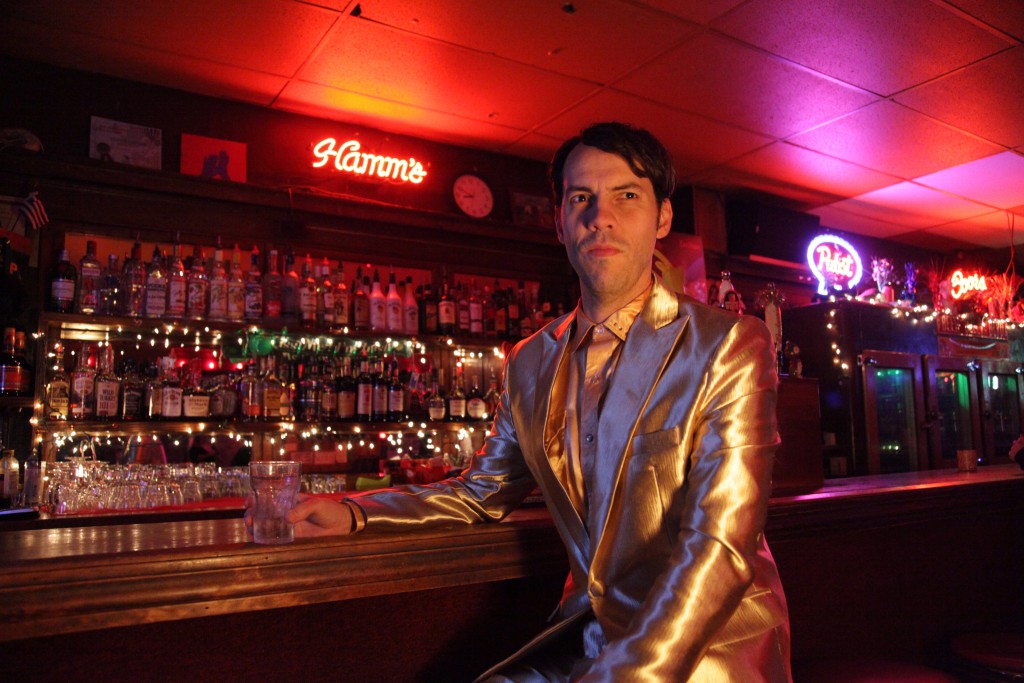 Mattress (aka Rex Marshall), an act that’s been described as post-apocalyptic post-punk vegas lounge. Looking For My People was recorded at Ice Cream Party studios in Portland.

Mattress’ lounge and battered glam aesthetic are deeply influenced by the formative years Rex spent as a child, growing up in Las Vegas, raised by parents who worked, at times, as card dealers and costume seamstresses.

As a primary influence, Marshall is quick to site Frank Sinatra, whom he resembles sonically in the same way that Daniel Johnston resembles Brian Wilson. There’s obvious influence, but the lens is warped, cracked, dirty and is scraped against the concrete as Alan Vega of Suicide backs a truck over it. Looking For My People