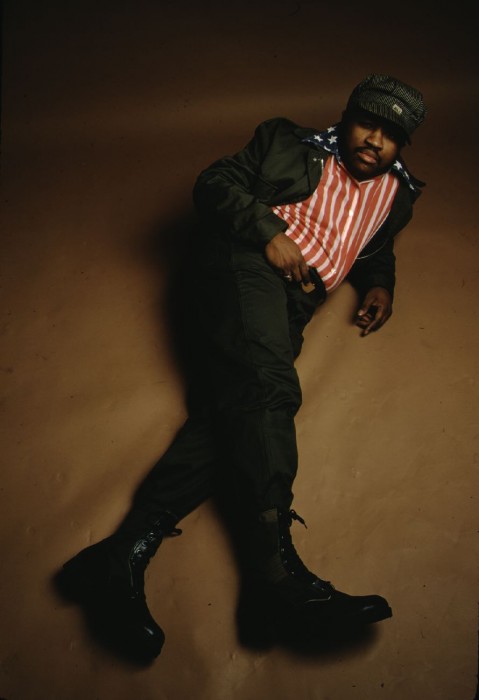 In 1970 the Southern soul music maverick Jerry Williams, Jr. made the most radical move of his career. Frustrated with music business politics Williams reinvented himself as Swamp Dogg, an irreverent anti-hero smashing the conventions of commercial R&B music. Swamp Dogg’s debut release Total Destruction to Your Mind featured a post-apocalyptic take on the Muscle Shoals’ sound, with lyrics inspired by the revolutionary politics and psychedelic drugs of the late ‘60s. The music on Total Destruction to Your Mind stood worlds apart from the formulaic pop tunes Williams started cutting in 1954 under the name Little Jerry, and Swamp Dogg hasn’t looked back since.

But the music business wasn’t ready for Swamp Dogg, nor was the rest of America. His bizarre album titles and wild cover art turned the average consumer off, while his subversive lyrics earned him a spot on Richard Nixon’s infamous enemies list. Swamp Dogg was not deterred. He seemed to relish operating from the margins of the music business, consequently becoming one of the quintessential outsider figures in American music.

The reference to Auto-Tune in the title is not incidental, the album’s sound is built around Swamp Dogg’s experimentation with the ubiquitous vocal processor. While Auto-Tune has become a fixture of the modern pop music landscape, this is Swamp Dogg’s first major exploration of the device. “Every time I listen to some new music that everybody thinks is the greatest thing since hot biscuits, it’s full of Auto-Tune,” Swamp Dogg says. His use of Auto-Tune technology is not gratuitous. Like Kanye West on 808s & Heartbreak, Swamp Dogg utilizes the cold digital tone of Auto-Tune to convey a sense of emotional detachment during the album’s most anguished moments.

According to Ryan Olson, Swamp Dogg’s initial attempts at using Auto-Tune were a bit rough around the edges. So Olson called up Justin Vernon to rework the digital effects on Swamp Dogg’s vocal tracks. That process reflects Olson’s own role as producer on Love, Loss, and Auto-Tune. “I went into the studio and laid down the vocals and the rhythms, then I sent those tracks off to Ryan to let him do whatever he wanted,” Swamp Dogg says of the remote collaboration.

Giving up creative control isn’t the norm for Swamp Dogg. A fiercely independent artist, Swamp Dogg is frequently the producer, writer, arranger, and label owner for most of the projects he touches. But Olson’s approach impressed him. “The first thing I thought was this white boy must be crazier than a motherfucker. But I listened to how deep he’d go experimenting with the music and I liked what he was doing,” Swamp Dogg says. Olson adds a range of inventive synth sounds and drum machines to Swamp Dogg’s sonic palette, as well as an impressively artful approach to arranging Swamp’s compositions. The result is a wildly fresh take on the classic Swamp Dogg sound. Swamp Dogg agrees, “I was knocked out by what I heard. I couldn’t believe it was me. It’s some of the greatest and outrageous music I’ve ever heard come out of the Swamp Dogg.”

Swamp Dogg has frequently trafficked in the outrageous to attract audience attention, but it’s the quality of his songwriting that has kept fans returning to his work. Swamp Dogg has a gift for writing about heartache. Many fans consider the 1970 collection of breakup songs he wrote and produced for Doris Duke under the title I’m A Loser one of his finest moments as a writer. The songs on Love, Loss, and Auto-Tune rival the tunes presented on Duke’s classic disc.

“The songs are about being lonely,” Swamp Dogg says of Love, Loss, and AutoTune. The feeling of loneliness is particularly palpable on the hauntingly beautiful “I’ll Pretend,” which features vocals from Justin Vernon. Swamp Dogg describes the song as a character study about “a guy sitting in a restaurant by himself losing his fucking mind because he’s hoping his woman is gonna walk by, but she’s at a Ramada Inn somewhere fucking somebody else to death.”

Despite the record’s overriding theme of loss, Swamp Dogg’s warped sense of humor is still intact. Let’s remember that we’re talking about an artist who released a “greatest hits” album in 1976 filled entirely with new songs! Swamp’s comic side is evident on “$$$ Hunting,” which rolls out with a funky Zapp-like bounce. There’s also “Sex With Your Ex,” where Swamp Dogg extols the benefits of the song’s title theme over random bursts of feedback and noise.