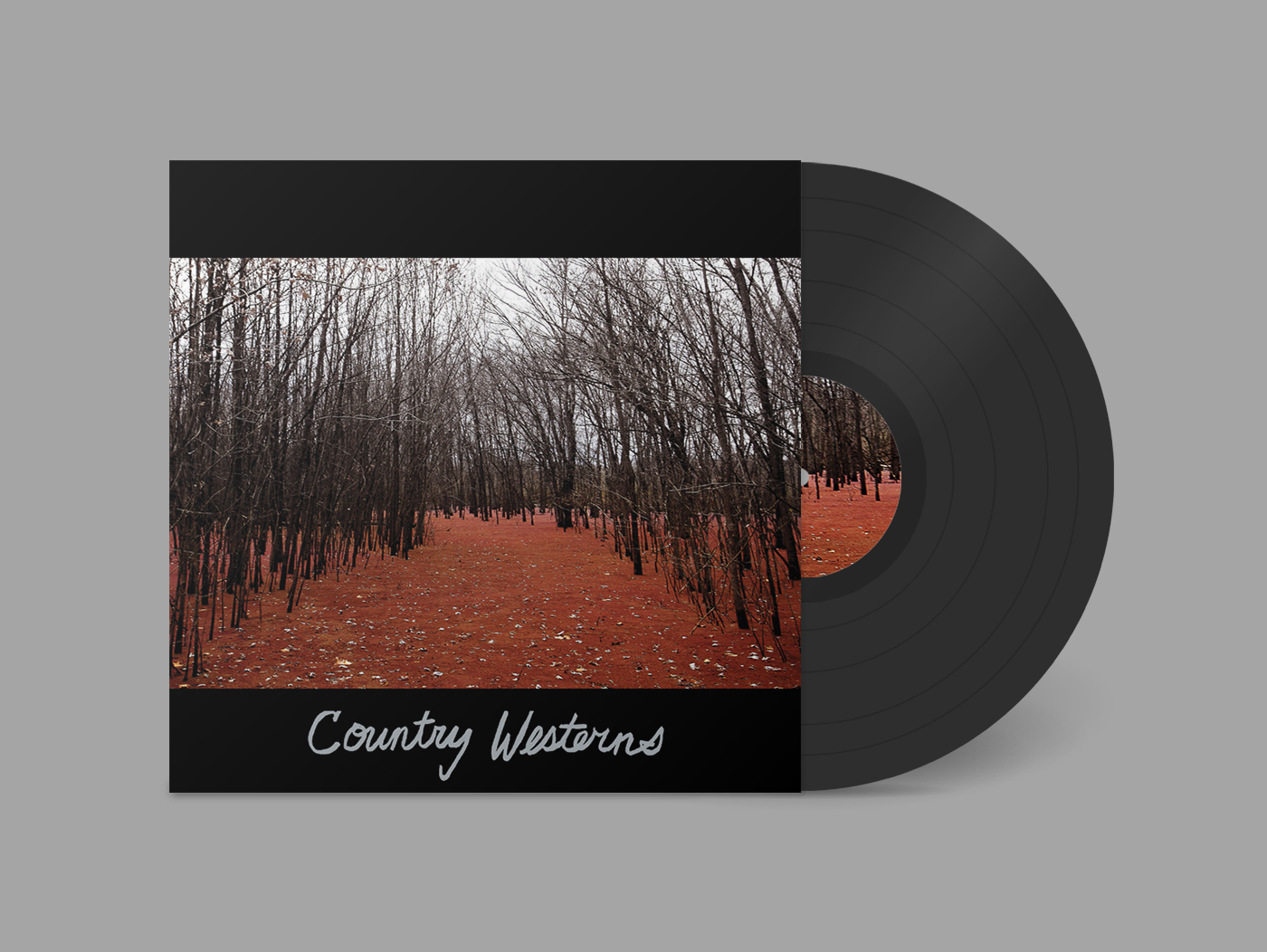 Nashville rockers Country Westerns are excited to announce their self-titled debut album, to be released on May 1, 2020 via Fat Possum Records. American Songwriter broke the news of the signing and shared new track “Gentle Soul.” Hear “Gentle Soul” HERE, and pre-order the album HERE.
The band has also announced a slate of performances spanning from February to May of this year, which includes stops in Nashville, Atlanta, Philadelphia, Brooklyn and more. See below for the full itinerary of upcoming dates.
Even if you don’t know their names, you likely know their work. Drummer Brian Kotzur starred in Harmony Korine’s film Trash Humpers and was a member of Silver Jews. Singer, guitarist, and songwriter Joseph Plunket led Brooklyn legends The Weight, with a bass-playing side-hustle for Atlanta’s Gentleman Jesse. Plunket relocated to Nashville ten years ago and opened a bar. It was there, in a town teeming with solo artists and hired guns, that the two bonded over their shared desire to be in an actual band.
In 2016, Plunket and Kotzur spent a year in Kotzur’s garage writing riffs and tracking demos. During those hazy, late nights they began to hone their sound. Eventually, with a handful of songs and the encouragement of their friends, they began their quest for the third ‘Country Western’. After some time playing with different lineups—early recordings feature Reece Lazarus from Bully—their friend Sabrina Rush, another rock-n-roller for life, joined them on bass. Rush plays violin and is a member of the Louisville band State Champion, but had never played bass. The instrument came naturally to her and her harmonic bass lines were a perfect fit.
The first recordings with the complete lineup were made in Nashville with engineer Andrija Tokic, but the band was soon convinced to leave Nashville to record a couple of songs with Country Westerns enthusiast Matt Sweeney. With Sweeney as the band’s producer they set out for New York and did their first session at Brooklyn’s Strange Weather Studios, with Daniel Schlett. The Strange Weather recordings piqued the interest of indie record label Fat Possum. The band returned to Strange Weather to finish the record and, shortly afterward, signed a deal with Fat Possum Records.
On their debut album, Plunket delivers his words with a cool, raspy bravado and a hint of twang, summoning the spirits of the cities in which the tracks were made. The lyrics bend towards poetry and punk rock sneer in equal measure and lines such as “Maybe I ain’t smart, but I ain’t lying” set the tone for the entire album. The songs are full of insistent guitar riffs played on an electric twelve-string, the jangle either mitigating the edge or pushing it further.
Kotzur and Rush form a tight-knit rhythm section, alternately weaving around and syncing up with one another. They build the foundations of the songs with dynamic tempo, creating a full sound with Plunket—one that is bigger than you might expect for a three-piece.