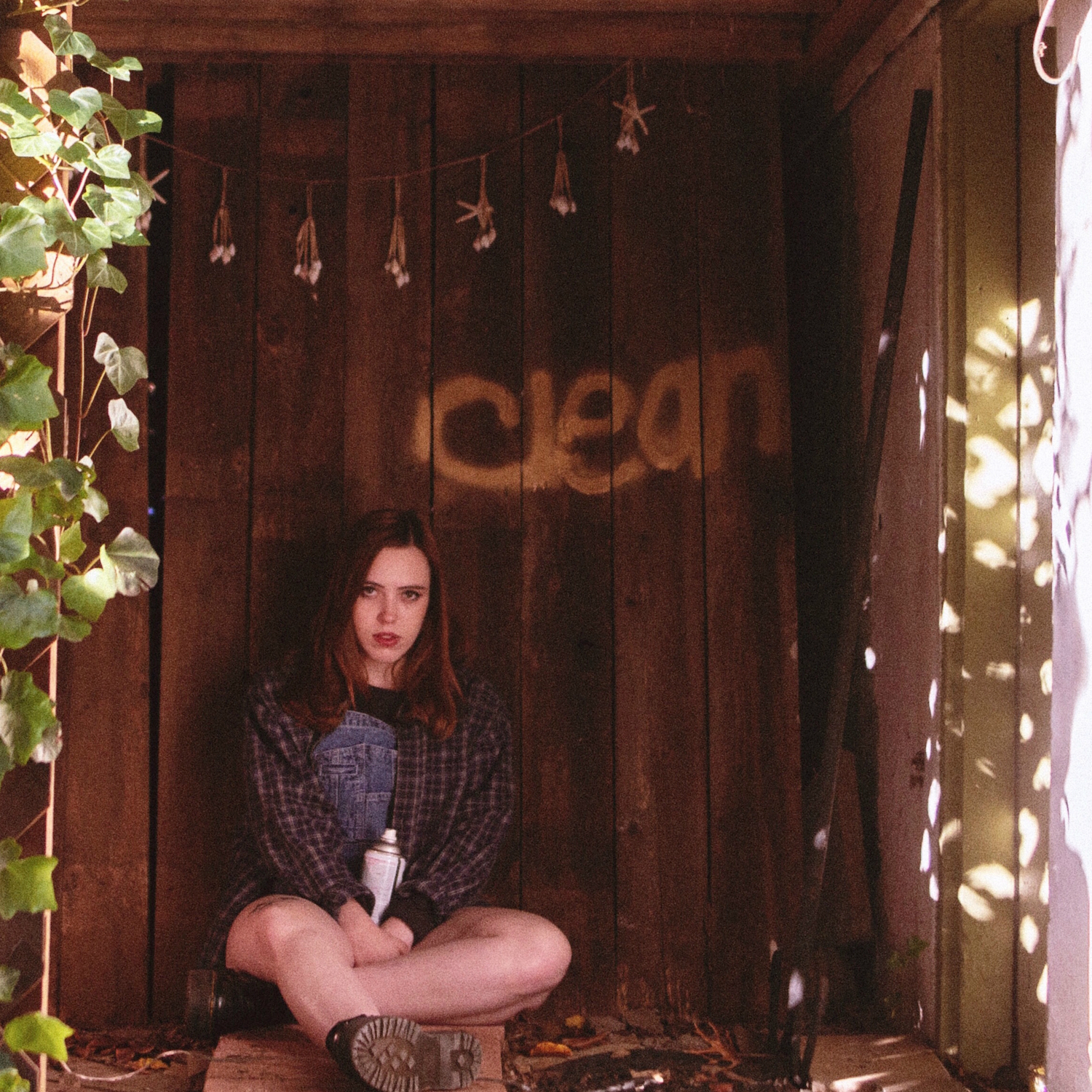 The debut album from Soccer Mommy!! So excited to finally share this with y’all. It’s called Clean, and it’s really amazing. Head on over to NPR to watch the video for the killer first single “Your Dog”, in which they write “Sophie Allison firmly establishes herself as a vital musical voice we’ll be turning to in the years to come”. Clean is out March 2nd.

Sophie Allison got her start in the local Nashville DIY scene, going to shows and hanging out with other musicians, though she kept her own songwriting secret. “I’ve played music since I was six,” says Allison, “and I always wrote songs just for myself. I did it for fun, posting songs on Tumblr, Bandcamp, and Soundcloud. I didn’t think anyone would notice.” All that changed the summer before Allison left for college at New York University. She bought a Tascam digital recorder and began to experiment with production, pushing the quality and craft of her songs to new heights.

Allison decided to start releasing her songs for free on Bandcamp under the name Soccer Mommy in 2015. A buzz began to grow, leading to live shows, a record deal, and 2017’s critically acclaimed bedroom-recorded compilation Collection. “I realized that I could do this full-time,” says Allison. “It was either quit school now and do it, or stop growing as an artist. It was now or never.” So Allison took the plunge. She quit school, moved back home to Nashville, shifting all her focus to music. She toured with Mitski, Jay Som, Slowdive, The Drums, and more with no signs of slowing down.

The higher production values Soccer Mommy chose to incorporate on this record play to Allison’s strengths, highlighting the maturity and growth of her songwriting. The music gains clarity and power, losing none of the trademark intimacy of her Bandcamp work, something Allison credits to days spent recording in Wax’s home studio. “It still felt do-it-yourself,” she says. “It was like being in a nicer bedroom, with better quality stuff. It was a natural progression. I’d always wanted my music to sound this way, I just didn’t have the means before.”

Clean is an emotional album, heavy on themes of growth, isolation, and change, but balanced by a lightness of touch, and with hooks to spare. “Still Clean” is a stunner of an opening track, with the signature warmth of Allison’s voice coupled with one of her best refrains. Her growth as a lyricist is most evident on “Cool”, a sharply observed character study describing an aloof stoner girl, so cool and untouchable, and the agony she inflicts on her boyfriend. “Flaw” is the comedown from a song like “Cool.” A melancholy ode to lovesick self-loathing that finds ecstasy in sadness. “Scorpio Rising” crystallizes these themes of identity, jealousy, and the desire to be someone else. Clean – the cohesive record Allison dreamt of making – is a true step forward, a strong and mature album from an artist just coming into her power.