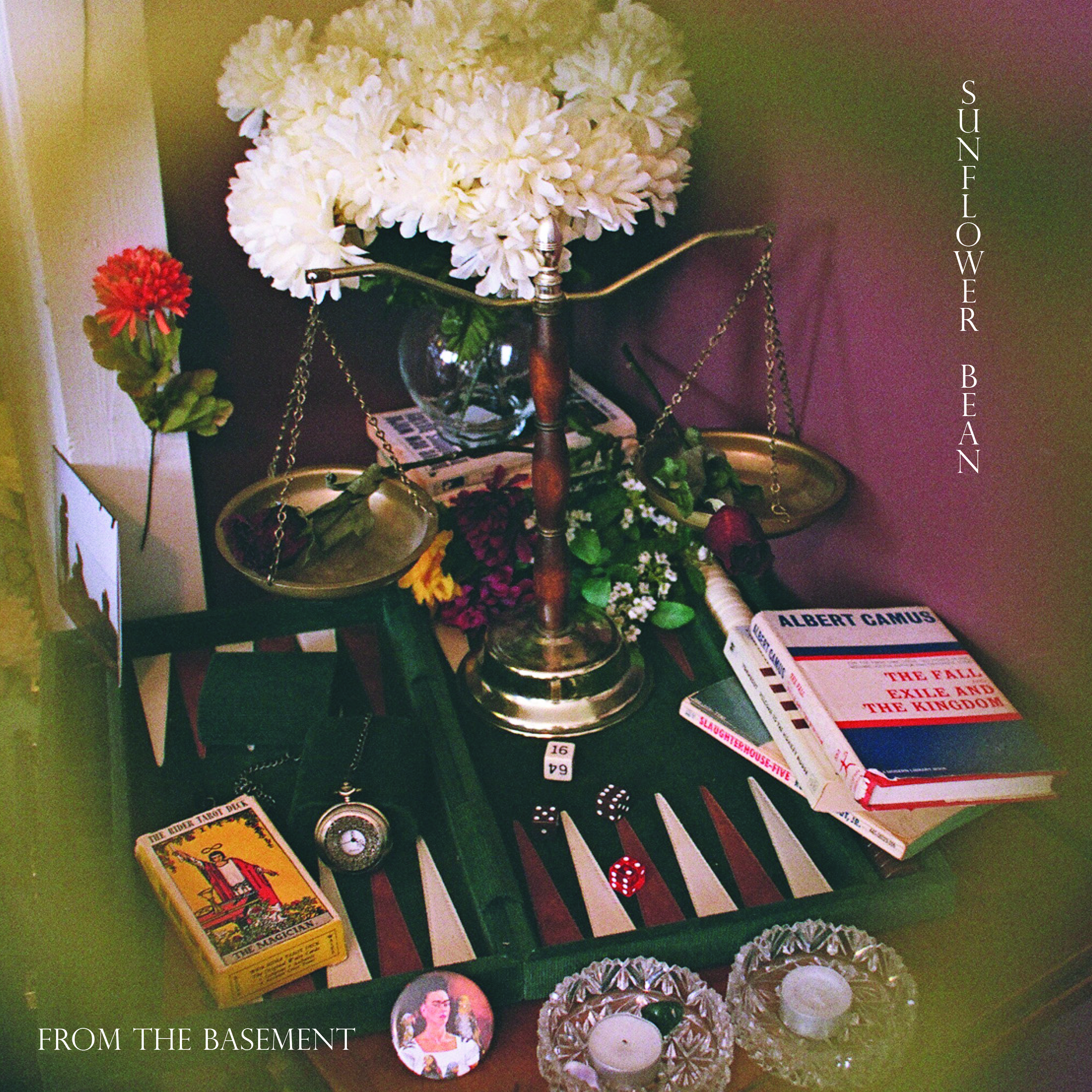 Sunflower Bean don’t stop. Today we are excited to announce that they’ll be releasing a covers EP entitled From The Basement, featuring covers of Neil Young, T-Rex, Spiritualized and Jonathan Richman. You can listen to their version of T-Rex’s “Life’s A Gas” and pre-order the 12″ now at their Bandcamp.

On taking on covers:
It’s definitely daunting at first.

When you do a cover I think you want to bring something special and something different to that. Our way of doing that and the most kind of like Sunflower Bean way was doing it in our practice space and in our home and bringing that part of us into it. So all the stuff we recorded like where we’ve written all of the sunflower bean stuff and on the equipment we had i think they’re honest editions.

With a cover you can take it a million different ways I think in a way they’re kinda stripped down. They’re not over produced. There’s not an insane amount of elements. We worked again with our friend Matt Mortar and Jarvis who did the album. There’s a little Human Ceremony spin on them.

On “Life’s A Gas” over by T-Rex:
I mean glam is definitely important to me and to all of us. I have Life’s A Gas as a tattoo so I was probably the biggest of this song. We all love it. It’s like a song i used to listen to all the time. Every time you feel sad and you put that song on it’s kinda like impossible to feel sad anymore. It’s like Life’s a Gas I hope it’s gonna last.

On new tunes:
We’re thinking about them. The one that we’ve played live is the one we’re working out. We can’t say the name yet. We still have sixty more shows to do on this album. We write during the sound check. I’ve been bringing my laptop around and trying to record stuff. We’re working on stuff at home, we’re all really, really eager to do this next record and put together all the things we now know how to do. We’re really excited about it, when we get to make it which will probably be in the winter.

On the “Harvest Moon” cover by Neil Young:
I think it as sorta a personal relationship that we have to the song. It was more of a personal choice than any sort of like musical choice. For better or for worse it might have been one we really wanted to do ourselves you know it’s like Neil Young is one of those things its like kinda untouchable like almost you shouldn’t put a spin on it. But it’s such a good song it;s so fun to sing. And i remember at the time when we were doing it we were just really into the song and thought it was so b beautiful and he was kind like touching us at the moment and we wanted to try it.