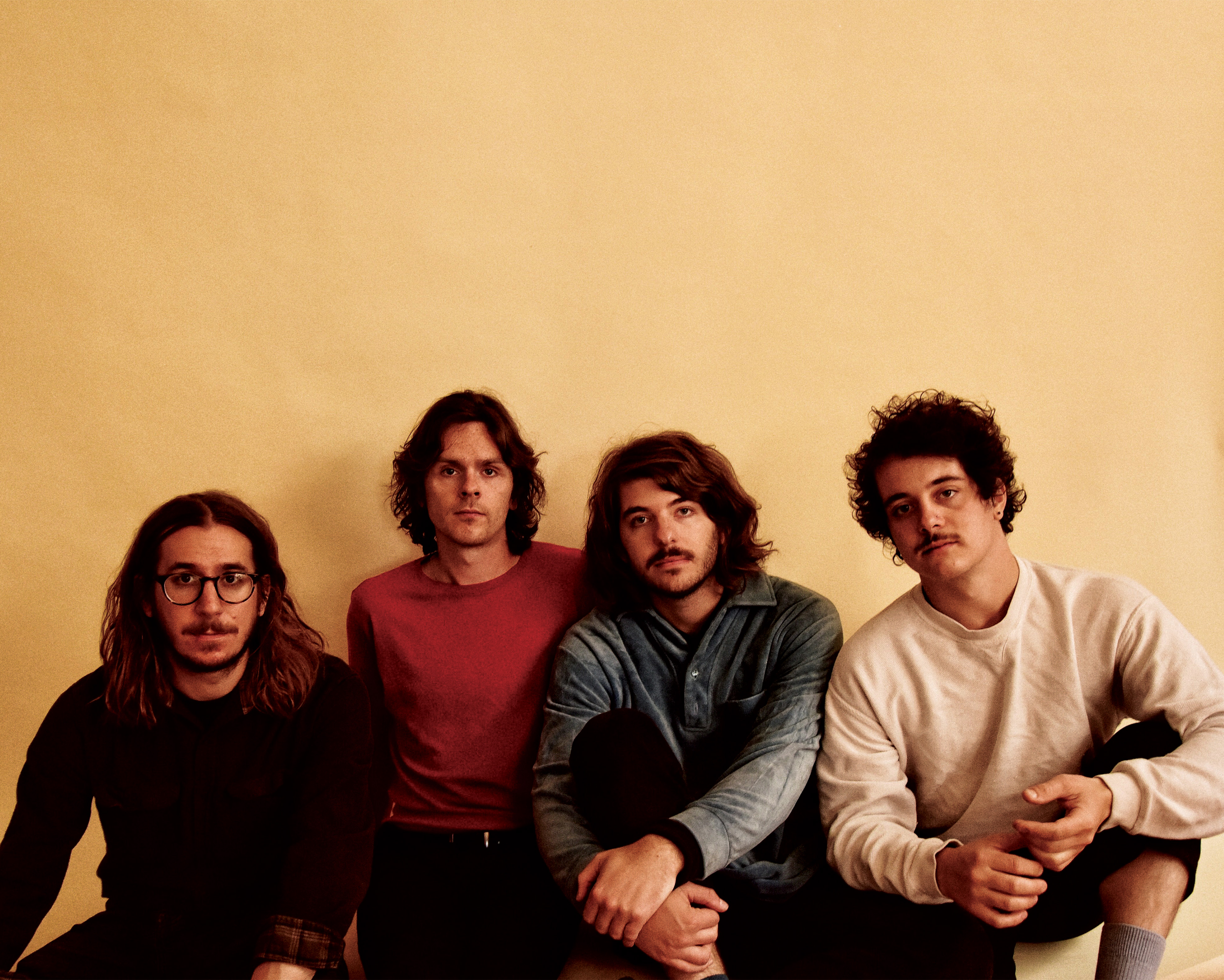 The Districts have announced their new album, You Know I’m Not Going Anywhere, will be released on March 13, 2020 via Fat Possum. The Philadelphia band has also shared the evocative, slow burn anthem “Hey Jo” as a first single. PREORDER HERE

“This song is about relationships unfurling amidst the dysphoria of the modern world,” says The Districts bandleader Rob Grote. “We are all imperfect products of the natural world, and more specifically products of our own minds. This song was inspired by navigating how to be your best self and detach from what is destructive in you, to be something more perfect, gentle, and beautiful.”

You Know I’m Not Going Anywhere—produced by The Districts and frequent collaborator Keith Abrams, and mixed by Dave Fridmann (The Flaming Lips, Spoon, MGMT, Tame Impala)—is now available for pre-order. The Districts will embark on a North American headline tour in support of the album early next year; see below for a current itinerary. Tickets will go on sale this Friday, November 8th.

Written after playing nearly 200 shows over two years in support of their 2017 album, Popular Manipulations, The Districts’ fourth full-length You Know I’m Not Going Anywhere almost never arrived. As they began to contemplate a new album, Grote and his longtime bandmates Pat Cassidy (guitar), Connor Jacobus (bass), and Braden Lawrence (drums) faced a transitional period that was painful for both personal and professional reasons, and found themselves fatigued and disoriented as a group. The Districts were forced to rethink everything. “This album was written as an escape and as reassurance. I was falling in love with someone new and trying to juggle this desperate desire to escape with the need to show up in my life. It’s pretty damn hard to be present and completely checked out all at once,” Grote explains. “It felt like much of my world had reached such a pitch that all I could do was try to tune it out. I felt really uncertain about the future of the band and super detached from much of what I used to identify with, on a personal level and with our music. I was thinking, ‘Do I want to keep doing music?’ ‘Do I want to keep doing it in this context?’”

Grote retreated to his bedroom and started writing with no objective other than to create. Free from expectations, and with an acoustic guitar, synthesizer, and drum machine at hand, he discovered a newfound creative freedom. “Originally, I had no intention of them even being a record. It was strictly a process of trying to connect to something outside of and larger than myself—kind of this rocky imbalance of isolating myself while trying to maintain connections as time rushed on. There was a lot of back and forth between working as a group and not feeling capable of doing that,” reflects Grote. “I ended up taking these recordings super far along, whereas normally I would almost compulsively share them with my bandmates as soon as I had an idea. This time I was sitting on them and putting work into them in a way that I hadn’t known I enjoyed doing.” He ended up with a batch of 32 songs; but, these songs didn’t sound like ‘The Districts.’ Yet to his surprise, when Grote later played early demos for his bandmates, they loved them. Turns out these were Districts songs.

While You Know I’m Not Going Anywhere builds on preceding albums, it takes an ambitious leap to a new level, exhibiting a widened sense of experimentation and expansiveness at its heart. There’s Rhodes, Mellotron, strings, samples, drum machines, tape loops, Wurlitzer, “ambient swells,” piano, synthesizers; Grote lists 12 instruments next to his name alone. Pulling from the propulsive Popular Manipulations, the jagged indie rock of 2015’s A Flourish and a Spoil, and the rootsy vibe of their 2012 debut, Telephone, the band here followed their creative instincts every step of the way, resulting in their most sophisticated and adventurous record to date. 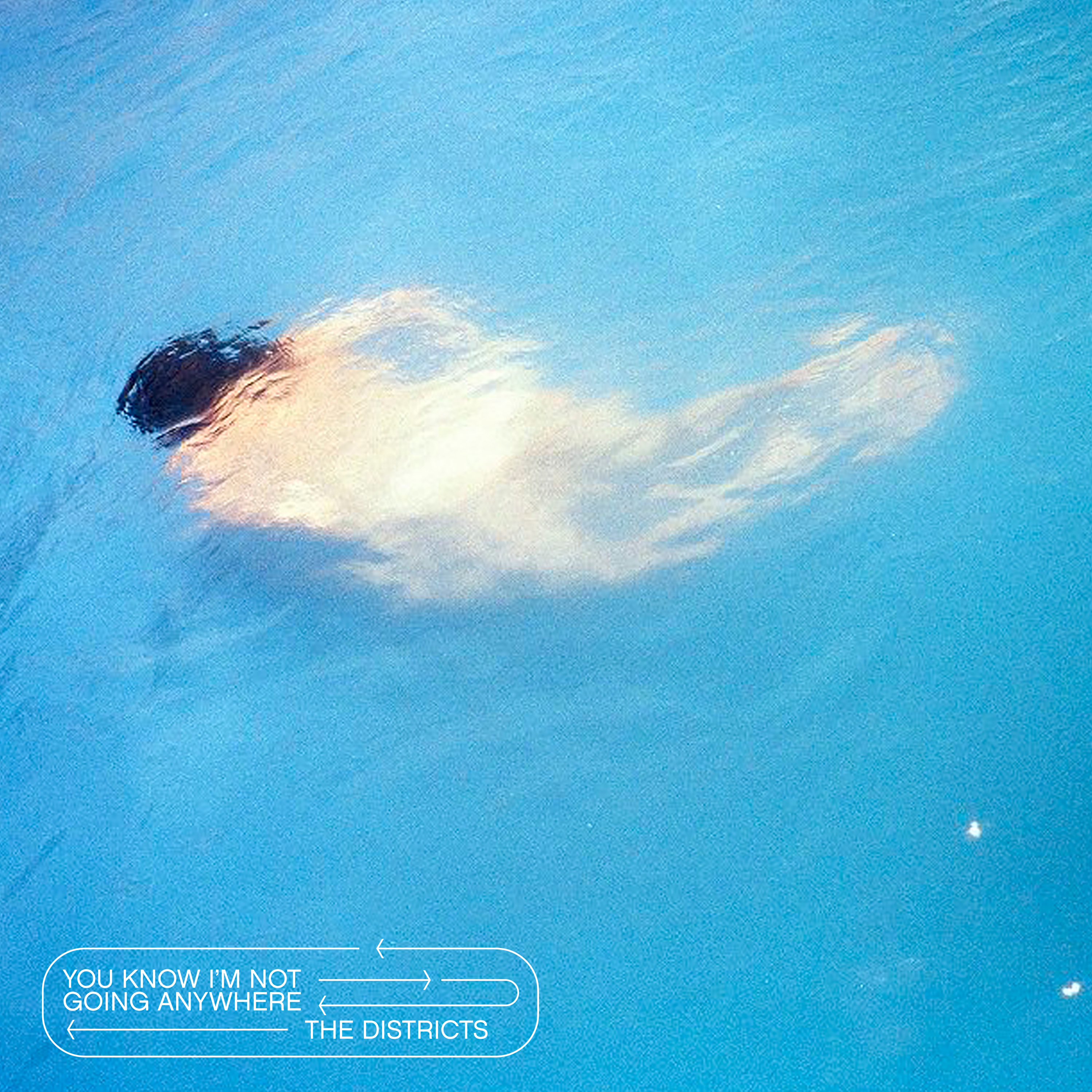