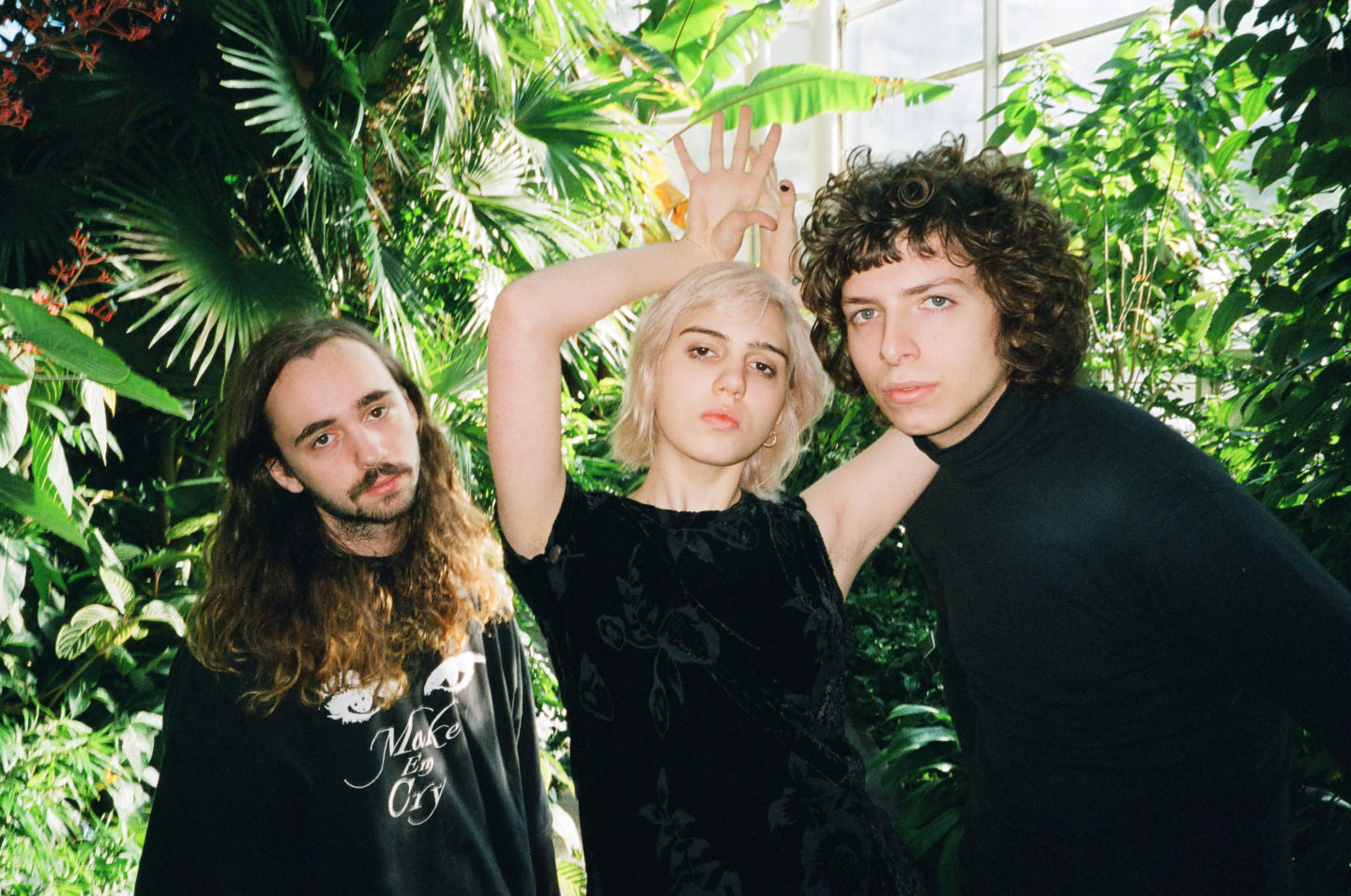 “On the coldest day of 2016 so far, the members of Sunflower Bean don’t know what to eat for lunch. Their record label is paying, the New York band tells me, so the meal has to be good. After bolting out of a Bushwick pub with an unbearably fussy menu—burgers are only served at certain hours, and never on Monday—the trio of 20-year-olds settle on an unpretentious Venezuelan joint known for its molasses lemonade and meat-stuffed arepas. They choose a table facing Irving Avenue, where a consistent stream of bundled-up pedestrians hurry past.

Sunflower Bean makes rock n’ roll, and you could probably figure that out by looking at them. Julia Cumming—who sings, plays bass, and sometimes models for fashion brands like Saint Laurent—is wearing a black dress and a crimson blazer; a long fur coat is draped over her chair. Guitarist Nick Kivlen, who sings too, has a serious Blonde on Blonde-era Dylan vibe, while the group’s long-haired drummer, Jacob Faber, whose eyes are darting up and down the two-page menu, looks halfway between a well-dressed metalhead and a late-90s cyberpunk.”

Read the full article over at The Fader here.