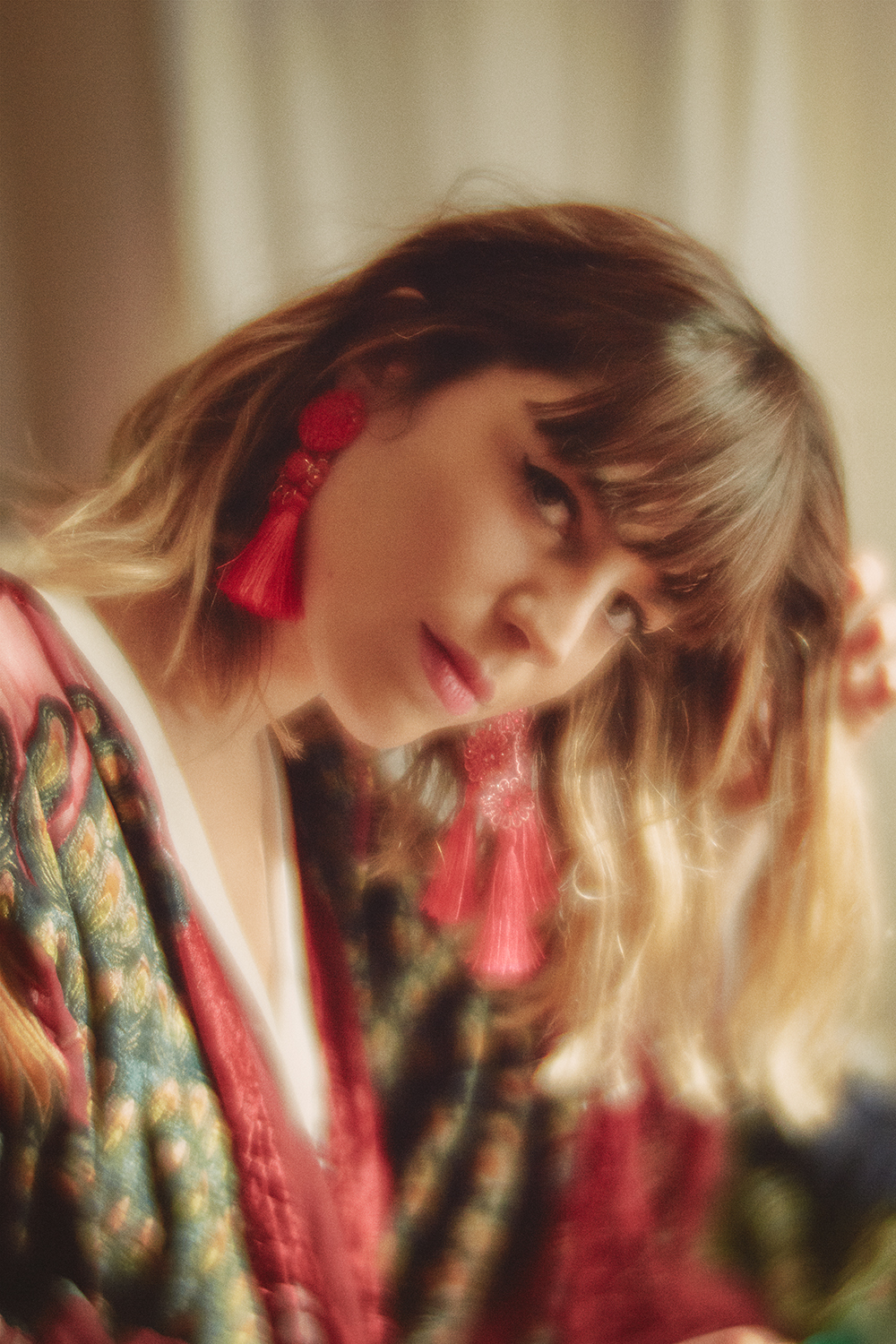 Melody’s Echo Chamber (aka Melody Prochet) has confirmed her second album Bon Voyage will be released on June 15th on Fat Possum Records. PRE-ORDER. Made up of seven expansive tracks, Bon Voyage marries Melody’s breathless soprano to the wildest sonic excursions, always pinned to an emphatic, clattering groove as she delivers her fables of spiritual search and emotional healing in multiple tongues (French, English and Swedish).

Bon Voyage is a collaborative record between Prochet and Dungen’s Reine Fiske and The Amazing’s Fredrik Swahn with Melody sculpting and producing the sessions as well as encouraging the players around her to experiment, often with instruments that might be less familiar to them. It also features special guests Gustav Esjtes and Johan Holmegaard (both from Dungen) and Nicholas Allbrook (Pond).

Today, Melody is pleased to share ‘Breathe In, Breathe Out’ from the forthcoming album. Having gone back to her childhood music conservatory to learn drums aged 30, ‘Breathe In, Breathe Out’ is the first song Melody played drums on. Prochet adds about the track “It’s a special one. I’m used to recording with masters of drums and accepting my drum playing as not perfect but with the right intention

Directed by Daniel Foothead, the animated video invites us into a mystical and magical universe as we follow a pilgrim trying to reunite with his source of inspiration and light, his muse.

A musical journey of discovery, Bon Voyage delves deep into the collective musical psyche of Melody and her Swedish fellow travellers, who she met one serendipitous summer’s afternoon in Angers back in 2015. Prochet describes the members of Stockholm’s premier neo-psychedelic overlords Dungen as “soulmates and extreme beings, uncompromisingly intense and sensitive.” These kindred souls daydreamed about making music together, and then Prochet took matters into her own hands and moved to Sweden in the winter of 2016 to begin their adventure. Working in the woods of Solna, Melody says: “Swedish nature helped me to breathe and soothed me in times of anxiety. I had a majestic forest with a lake three minutes’ walk from my home. Recording sessions were a break in our lives, an escape from our frustrations as young adults, parents, musicians and embittered life jugglers. What transpired was a kind of modern fairytale full of duality: beautiful and disenchanted, happy and painful, internal and external, childish and mature, but also violent and measured. We had no structure and no limits and we stepped out of our comfort zones.”

Bon Voyage arrives more than five years after Melody’s Echo Chamber’s debut, and it is the soundtrack to a trip back from the brink, the sound of spiritual renewal, and a pilgrimage to the sonic outer limits.