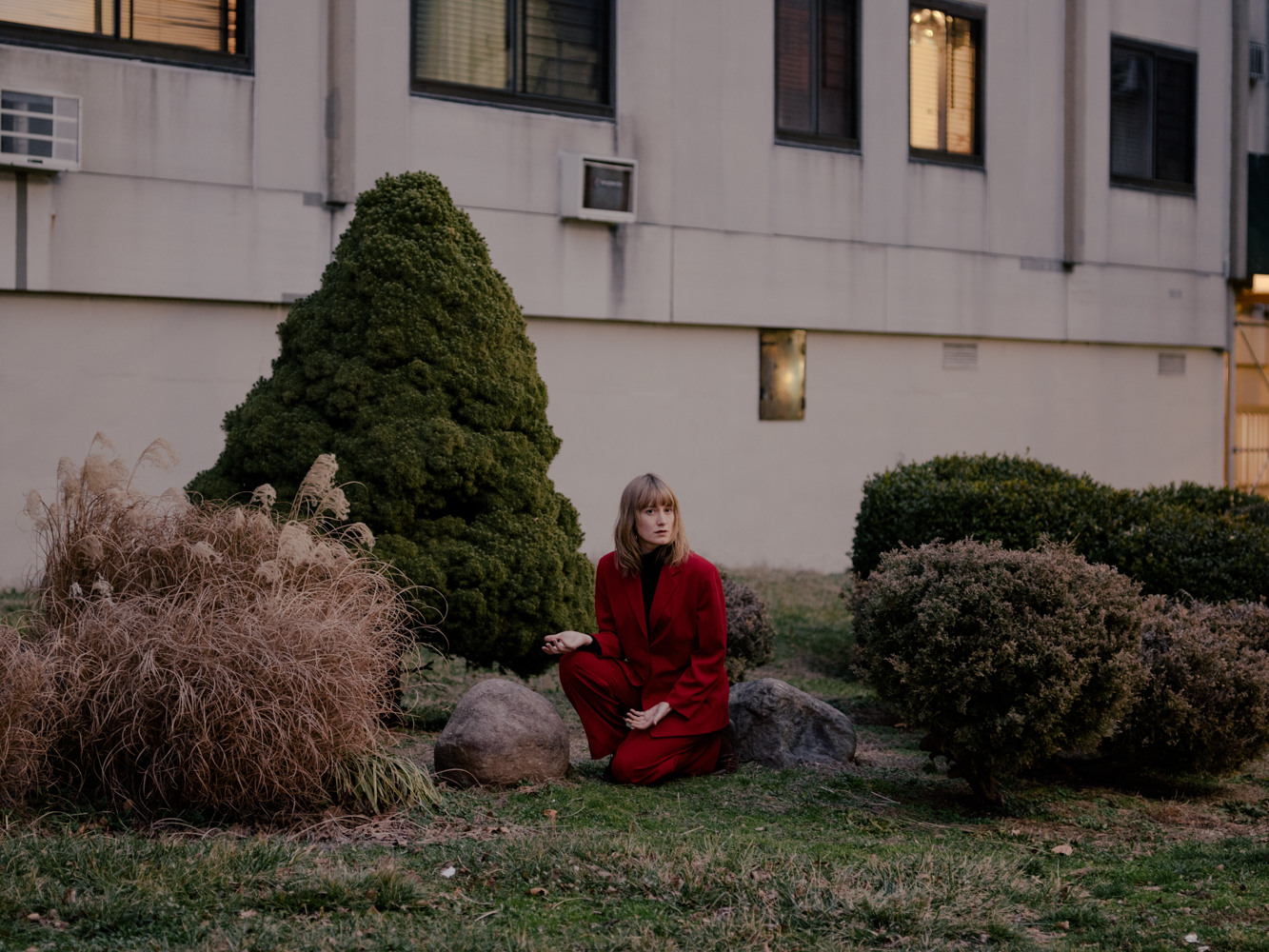 The Weather Station – project of Tamara Lindeman – marks her bold return with a new single/video, “Robber,” and an accompanying self-directed video. It’s her first release on her new label, Fat Possum, and her first new music since her acclaimed 2017 self-titled album, “that sounds as fleshed-out and powerful as the world it contains” (Pitchfork).
Though “Robber” features Lindeman’s unmistakeable delivery, the song illustrates a sophisticated turn in sound. A full minute passes before the entry of Lindeman’s voice, gentle, conversational, intoning; “I never believed in the robber.” A jagged music builds, with stabbing strings, ample saxophone, and several layers of percussion, and the song undulates through five minutes of growing tension, seesawing between just two chords. For “Robber,” Lindeman pulled together the full 7 piece band and assigned different people to opposing teams; one team of order and straightness, the other of chaos and improvisation.

“I think in my life I’ve been pretty naive, always tried to see the good in everyone (still do), always tried to make do with what is and not think of what can’t be (still do),” says Lindeman. “But those attitudes are dangerous when applied at a societal level, especially at this moment in time. I think we’re all in denial a bit, about where we are, and what is happening, because it’s easier on some level, easier to try and make do with what’s missing than to see what’s missing. I think it’s hard to believe in the robber, hard to even see the robber; it’s easier to try and make love to or glamourize the robber. It hurts too much otherwise. To put it straight; there are real human people who are literally robbing us and all future generations of everything that matters, right now. But we literally can’t see that as a society, because for one thing we’ve been taught not to value what is taken, and for another because we’ve been taught to glamourize and love the taker. We love to love the taker. We don’t know how to see the victim of the taking.”

The accompanying video is Lindeman’s first venture into directing. It was made in one day in the forest on the property where Lindeman grew up, shot by Jared Raab.“Robber” video