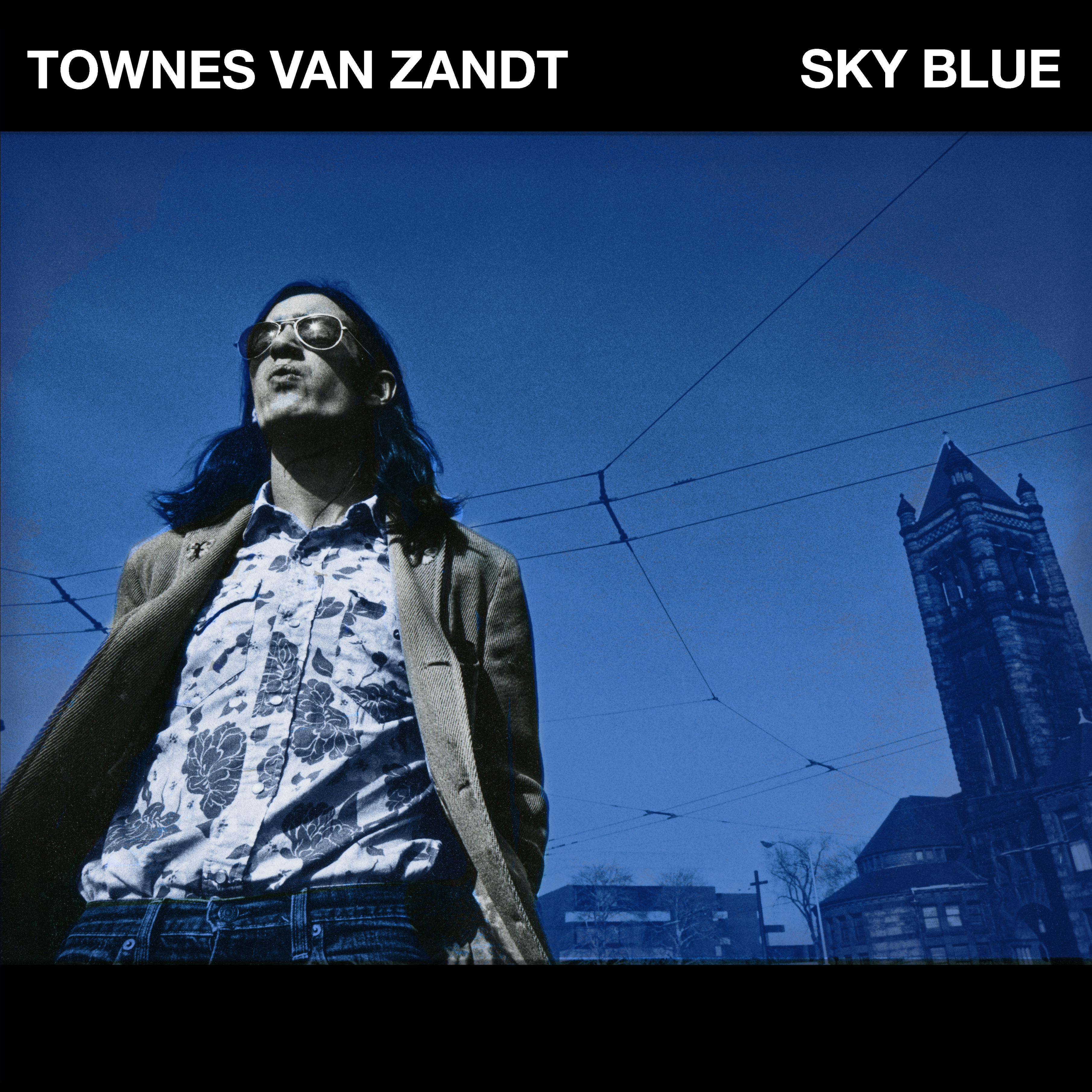 Sky Blue, a collection of unreleased songs by one of the most celebrated songwriters of the twentieth century, is a time capsule that Townes Van Zandt created forty-six years ago, and we’re only now just unearthing and opening it to find the treasures inside. Scheduled for release by TVZ Records and Fat Possum Records on March 7, 2019—which would have been his 75th birthday—this album shows the artist working out some of his most iconic songs in an intimate, comfortable setting with one of his lifelong confidantes.

Hear the previously unreleased song “All I Need”

These tracks will sound both fresh and familiar to even the most avid fans. Sky Blue includes eleven unreleased recordings made in early 1973 with the late Bill Hedgepeth, a journalist, musician, and most crucially a close friend of Townes. The singer-songwriter was splitting his time between Texas, Colorado, and a shack outside Franklin, Tennessee: an itinerant life that informed many of his most famous and beloved tunes. Throughout his life he would often return to Hedgepeth’s home studio in Atlanta, later with family in tow, to record, re-work, and experiment with new songs as well as old favorites.

These versions of “Pancho & Lefty” and “Rex’s Blues” show these songs as early drafts: raw, sorrowful, and as stunningly moving as he ever was, full of clean flat-picking and adept flourishes in just the right places. He emerges as a master of economic songwriting and playing, providing all that’s needed and nothing more, confident that his ideas and emotions would come through more clearly for being so judiciously understated.

In addition to a handful of old favorites, Sky Blue also includes two new songs that have never been heard before—”All I Need” and “Sky Blue”—as well as covers of songs by Richard Dobson and Tom Paxton. There is a smoky version of “Blue Ridge Mountain Blues” and a scarred and scarring interpretation of “Hills of Roane County,” an East Tennessee murder ballad from the 1880s that was popularized by Tony Rice. Van Zandt performs them deftly, sings them intuitively, and displays his delightfully twisted sense of humor on the devious “Snake Song” and the vicious “Dream Spider.”

Conceived by Townes’ surviving family—his wife and literary executor Jeanene, along with his children, J.T., Will, and Katie Bell—Sky Blue sounds like an entirely new album rather than a reissue of old recordings. That’s how urgent and invigorated these performances sound, offering a revealing glimpse into Townes’ process, the evolution of his songs as well as the myriad versions he had in his head.